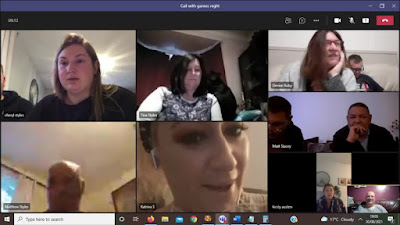 I was up far earlier than I might have liked to have been after the last couple of days, but that’s what goes with doing an early shift on a Bank Holiday. I made toast and scoffed it whilst watching an episode of “The Chair” (which really isn’t that good) then had a little look at the Internet.

It seems there was a big geocaching event in London this weekend. With loads of new Adventure Lab caches I could have gone to the wicked city last Friday on my day off… Back in the day the local Facebook groups used to tell us what was going on well in advance. Back in the day (if only I had known) I would have organised a trip up there. Nowadays people just tell me after the thing had happened. Oh well… I’m off work next Monday. Maybe a trip to the wicked city then?

There was an impressive argument kicking off on the Facebook page of a local lake. There are arguments all over Facebook, but none quite so impressive as those on fishing-related pages. A local lake which has been a successful fishing venue for years was bought by new owners a few years ago. I’ve only ever fished the place once under the new ownership; at the time these people seemed to be bending over backwards to give offence. Now they’ve discovered the internet they can argue with so many more people.

I sent out a couple of birthday wishes and got ready for work.

As  I drove up the motorway I looked at the rain being pushed away by the car's windscreen wipers. I don't mind working on a Bank Holiday when it is raining. As I drove the pundits on the radio were talking about the rise in independent councillors on local councils. Apparently the mainstream political parties aren't happy about this as unskilled amateurs are doing the jobs that historically were done by wannabe-MPs and other career politicians in training. However local people in councils run by independents are happy with the idea as they have people in charge who have no political axes to grind and can do what is best for their neighbourhood.  There's a novel idea...

There was also a lot of talk about how a lot of people are currently incredibly skint having had to fork out for new school uniforms.  It was claimed that a new school uniform costs over three hundred quid per child.  It would seem that the government has had to step in to put a cap on uniform prices, but planned legislation won't be in place in time for this school year.

I can remember back in the day when I was a cub scout leader that we too insisted on a uniform. If kids were told what they had to wear then there were no contests to see who could come in the most expensive football costume or the latest pricey fashion statement. A cub uniform was deliberately cheap. Perhaps the schools have lost the plot somewhere? They must have if the government has had to tell them to cut the price.

I got to work for the early shift. It went as well as could be expected. As I worked I left my phone connected to the Internet. I don't usually do that, but there weren't any bosses about to catch me out today. As I worked there were quite a few messages flying about from friends and family who also seemed to be having trouble getting Microsoft Teams to work for them.

I came home to find “er indoors TM” had gone visiting relatives so I took the dogs up to the co-op field where we played an odd variation on the game of ”fetch”. I had two balls and would throw them in different directions. Treacle would hare off after one ball; Pogo would sit at my feet looking disinterested. Treacle would pick up the first ball and run to the second, where she would drop the first ball and bring the second one back to me. When she dropped the first ball so Pogo would run and fetch that one to me.

We did this for one circuit of the co-op field before coming home.

“er indoors TM” came home just in time to tune in to the family bingo night. I wouldn’t say that Microsoft Teams was a resounding success compared with Zoom, but then (once we’d finally got the thing going) it wasn’t as much arse-ache (I love that phrase!) as it might have been. If nothing else I won twenty quid. Personally I’m quite happy to play for bragging rights, but “My Boy TM” likes to play for money even though he don’t seem to win that much of the stuff…