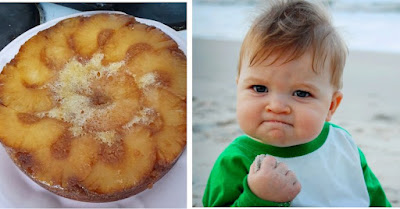 Once the dogs finally settled last night, new-next-door’s son came home drunk. He’s probably a pleasant enough lad; he just doesn’t have a volume control at the best of times. Oh well… all the time he’s making noise at five o’clock he can’t complain about the dogs.

I had a look at my emails. One of the geocaches I’d hidden in Kings Wood had been reported as missing. And then I looked closer. The report was dated a week *before* I actually went out and replaced it last month. It had taken someone several weeks to get round to saying there had been an issue. I wish people would get on with the admin of hunting Tupperware a lot more promptly than they do.

I sent out birthday wishes on Facebook, geo-plotted a tad more, then took the dogs out for a little walk before it got too hot. I won’t say where we walked – there are those who in the past have stalked my movements in the desperate hope of getting to be first to find on a geocache hide, and I was geo-plotting this morning.

Once I’d geo-plotted I took the dogs on for a little walk, and they were as good as gold (for once). As we walked we met quite a few other dogs and we didn’t have a single “episode”; even if they did pull like trains.

We came home to find the house smelled wonderful; “er indoors TM” had been baking. Her first attempt at a pineapple upside-down cake was rather good. With any luck she’ll make more.

I quickly popped over the corner shop for cream to pour over it, then started on the hours of geo-admin which will be required for what I’d done earlier this morning. It is hardly surprising that Munzee is taking off in leaps and bounds whilst geocaching is slowly dying on its arse. In Munzee you just stick a bar code onto a lamp post and off you go. In geocaching you put in hours of effort just to be told “Quack Quack Oops” by the geo-feds.

With “Daddy’s Little Angel TM”  off to the gym (!), we settled the dogs and went round to the abode of the first fruit of my loin. Today was Cheryl’s birthday and a little gathering of her immediate family was taking place. Still having something of a re-hab after last week’s excesses I drove and “er indoors TM” had a pint or two. I contented myself guzzling several litres of Doctor Pepper and eating far too much; though I turned down the offer of a knuckle sandwich. Two-year-old Eddie was offering knuckle sandwiches to anyone who wanted one. He didn’t get many takers, but I was giggling about the thought of a knuckle sandwich all afternoon.

It was rather good to sit in the sunshine with family – I only dozed off twice. But there’s no denying that I spent much of the time fretting about the dogs. I *really* don’t like leaving them. We left them about two hours longer that I had planned.

And that’s it. The holiday is over. Having had ten days that all felt like a Sunday, today really was one, and tomorrow is Monday. But I’m not fretting about going back to work. Having spent years (decades) dreading going back to work after time off, in a strange way I’m actually looking forward to it.