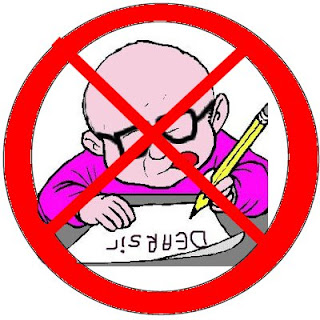 I could have had a good night’s sleep had I got up and gone for a tiddle when I woke. Instead I lay in bed for a couple of hours trying to get back to sleep desperately trying to ignore the fact that I desperately needed a tiddle.

I eventually realised that I was going to do that tiddle, and “er indoors TM” would break my face if I didn’t do it in the general vicinity of a lavatory. So I got up, did that tiddle, made toast and sorted the undercrackers that the tumble drier had sorted on Sunday. As I scoffed toast and sorted socks I watched another episode of “Chewing Gum”. It’s not a bad show.

I then got the leads onto the dogs. We walked for seemingly miles to where I’d parked the car last night and drove down to Orlestone Woods. We got there despite the driving of a lorry of a local scaffolding company. When most people drive up to one of the roundabouts on the A2070 they slow down so as to be able to negotiate their vehicle around the traffic that they are about to meet on that roundabout. However when the driver of a certain scaffolding’ lorry approached the roundabout they actually sped up and expected all the other cars to swerve around them. They nearly run me and four other cars off the road at the roundabout by the outlet centre, and sent traffic in all directions as they flew round the roundabout of remembrance.

But (to be fair to them) I see this sort of driving more and more these days.

We got to Orlestone Woods and had a good walk around. We met a young lady with two lurchers, and Treacle cowered in terror We met the little old lady with the Jack Russel and the poodle, and Treacle again cowered in terror. However when the walk was over and we were doing “Boot Dogs” she tried to pick a fight with a couple of passing dogs. Was it because she thought they might get the treat that I give them at the end of a walk? She’s not a greedy dog normally.

Once home again the dogs had their brekkie whilst I made a start in the garden. Whilst the fish pond filter wasn’t leaking I thought it best to clean it out before it did. Having blocked the bath’s plughole a while ago I’ve since worked out a way of cleaning out the filter straight into the drain. Far cleaner. A lot less smelly and seems to be quicker too.

As I scrubbed Koi poo out of the substrate (as one does) Cheryl called in on a flying visit.

With fish poo safely down the drain (best place for it!) I took down the event shelter. There was a minor disaster in that the poles were all full of rain water. I’ve emptied them and stood them in the shed to dry out.

I ran round the garden harvesting dog dung, made a cuppa for us both (which we scoffed with  bit of birthday cake) and then wondered what to do next. I’d planned out my morning with several chores to do before bedtime, and I’d got them all done about three hours earlier than I thought I might.

I sparked up the Internet to see if I’d missed much. There was a message on Facebook saying that Geocaching HQ have set up a new challenge. Each month there is a challenge based on a mountain, and there are two e-souvenirs available each month. At first sight this looks like a bit of fun, but (at the risk of appearing to be an old misery-guts), it’s actually rather crap. Finding one cache gets you the first souvenir, and the second only needs another fifteen. That’s just one dog walk. And you’ve got all month to do it. They could have made it more of a challenge, couldn’t they?

I do like geocaching, but it rather bothers me that Geo-HQ don’t put in the effort. They are utterly dependent on thousands of volunteers to keep their business going for them. There are countless geocaching apps available – theirs is far and away inferior to every other one. The messaging system on their website is hit-and-miss at best. Their way of loading geocaches from their website onto a GPS unit is nowhere near as good as that offered by another provider. And I’ve just paid £18 to Project GC so that I can do so much more with the hobby.

I was then fiddling about with the link on the right hand side of the blog’s page (from which you can see my geocaching statistics) when suddenly everything stopped working. I got a message saying that mankybadger.blogspot.com was unavailable, and I had an email. Blogger's spam-prevention robots had detected that my blog “has characteristics of a spam blog” and (apparently) violates their phishing policy.

I immediately appealed, and the three hours I thought I’d got from getting all my chores done early were then wasted in something of a panic looking at alternate ways of ranting at the world.

Eventually I took myself off to bed shortly after lunch time in a sulk and it was with something of a sense of relief that I woke (three hours later) to find I’d been re-instated. Fortunately for humanity (!) the blog is safely backed up, but my work-related blog isn’t. Bearing in mind I have a legal requirement to be able to show two years worth of ongoing learning I’d better do something about that. I *think* I’ve got tons of web space with my MicroSoft account. I shall look at creating a backup.