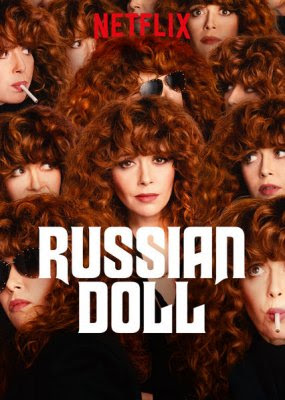 I had a rather good night’s kip, but was still awake rather early. I got up, and over brekkie watched the last episode of “Little Britain” that Netflix had to offer. With a few minutes spare I looked at a geo-puzzle and got a little cross with it. This one typifies what is wrong with the entire concept of a geocaching puzzle cache. These geo-puzzles aren’t like “proper” puzzles. In a “proper” puzzle you have an obvious logical problem to solve.
Geo-puzzles aren’t logical at all. Take the one I was fighting with this morning for example. This one is something to do with Monty Python’s cheese sketch. Each of the cheeses listed refer to a number in the latitude and longitude of the co-ordinates that you are trying to find. Now this number might be the last digit in the year of the foundation of the dairy making the cheese, it might be, the first digit in the cheese’s listing in the international cheese register, it might be the third digit in the amount of times that Michael Palin has made himself sick by gorging on that cheese, or (quite frankly) it might be absolutely anything at all.
And to further complicate the issue, once you’ve hit on the right idea (by random guesswork) you then have to find the right website from which to get the information because there are countless websites listing how many times the cheese has won the tour de France or the Nobel prize, and all the websites give slightly different information.

I stopped off at the co-op on my way to work. I wanted to get a biscuit bar for lunch (that's the kind of guy I am!) and I thought I might try out my new co-op card. Bearing in mind that my Nectar card has scraped me up over a tenner's worth of credit in a couple of months, I'm hoping for great things from my co-op card too. I suspect I will be disappointed.
There was a minor delay at the counter in the co-op as the builders were so obviously trying to charm the nice co-op lady. I think the builders were a tad optimistic - I once mistook this woman for a bloke. Her haircut has a lot to answer for.

As I drove to work the pundits on the radio were talking about European Council President Donald Tusk who made a speech yesterday and mentioned  a "special place in hell" for "those who promoted Brexit without even a sketch of a plan of how to carry it out safely". Needless to say this has boiled the piss of those who are in favour of Brexit; even though Monsieur Tusk has probably got a point. But (to be fair) Satan should also have plans for those who screamed that Brexit would cause the end of the world. It is now clear that there was a lot of disinformation bandied by both sides of the squabble, neither side (it would seem) having the faintest clue of what they were actually talking about.

There was also discussion about eighty-year-old Geoff Whaley who has motor neurone disease and has decided to end his life rather than experience the indignity of the final stages of the illness. With the assistance of his wife he's gone to one of these clinics in Switzerland where they offer euthanasia, and his wife is worried that the police are going to bring charges against her. British law is a strange thing.  It is illegal to help someone end the pain that a human is supposed to endure, but (by the same legal system) it is not allowed to let an animal suffer in the same way.
I can't see what there is to discuss here. Let's be clear - if I end up in the same boat as Mr Whaley, I want my plug pulling. Those who might be in the position to make that decision for me have had their orders for some years.

"Thought for the Day" was introduced by someone who was something big in the Catholic church. She was wittering about how the Pope has recently visited the Middle East and met with various Muslim leaders without having a fight with them. She thought it would be nice if everyone could all get on without fighting. Just like the Pope and her church and the Muslim leaders have done (drawing a veil over the Inquisitions and fatwas).
It's a valid point. We could probably all learn from this.
In the past I got into no end of spats. These days I try to avoid this more and more by deliberately avoiding those with whom I might fight. It seems to work up to a point.

Yesterday the journey to work took over two hours. Today I did the same run in a shade over one hour. The roads were a lot quieter for some reason, and not having broken traffic lights helped.
I got to work, and I found myself biting my tongue. Someone of about my age was banging on about how he wanted to retire because (so he maintained) you can't really do anything with your life or have any hobbies or interests all the time you've got a full-time job.
Really?

With work done I came home. "er indoors TM" boiled up a rather good dinner then went off to craft club. Finding myself underneath a pile of dogs I turned to Netflix. “Russian Doll” is an interesting show, and it stars one of the racier cast members of “Orange is the New Black”.

I’ve developed a guts ache this evening. And when you’ve as much guts as me, that is a lot of ache…