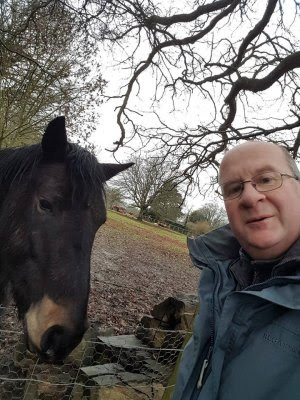 I slept like a log last night, for which I was grateful. Over brekkie I peered into the Internet only to find it was much the same as ever. Half a dozen people posted photos of what they had done over the weekend; dozens of people were commenting on what the half-dozen had done. I wish more people would post what they get up to at the weekends (or just at any time) as I am a rather nosey person.
Squabbles also abounded on social media. They so often do. But I did snigger when I read about  “Leave means Leave – North West”’s opinion poll. A pro-Brexit group have managed to get twenty thousand people to vote in their survey. Over ninety per cent of the votes being in favour of “remain”. Something of an own goal there?
I also had an email from some brewery quibbling about the specifics of which beer I’d logged on my Untappd app at the beer festival on Saturday. It looks like I logged the wrong beer… who cares? Who would really take the time to point out such a trivial error?
I suppose some people make that their hobby? I deleted the check-in. It would probably avoid all sorts of arguments in the long run.

I had planned to take the dogs for a walk this morning, but with the rain still falling I thought we might put it off for a while. Instead I went through my letter rack. I stick all my letters into a rack, and then once every few months I go through them and thrown them all away.
With letters thrown away I settled the dogs and drove down to Ham Street. I had a voucher for Wyevale garden centres for Christmas, and bearing in mind my wellie leaked yesterday I thought I might use the voucher on new wellies. I got to Ham Street to find the garden centre there isn’t a Wyevale one any more. They politely refused to accept the voucher. The closest Wyevales are in Canterbury or Hastings. At the risk of appearing ungrateful, my voucher’s not going to get used in a hurry. Mind you, on the plus side the new wellies I bought in Ham Street garden centre were priced at sixteen quid, but the chap on the tills only charged me eleven quid. I saw that as a result.

I came home via Bethersden. There is a particular geocache there which was the closest to home which I hadn’t found. Looking at the map it was across some fields, and I thought it might be a good trial run for my new wellies. I parked up as close as I could to the thing and stomped through six hundred yards of mud until my phone said I was within ten yards of the thing.
Having read previous reports I knew this wasn’t going to be an easy find. Very experienced hunters of Tupperware had blanked here. Several people had given up after several attempts. People had mentioned sticking mobile phones in holes in trees to take photos and having to shove arms shoulder-deep into holes in trees. I found what looked like an obvious tree and shoved my arm into what looked like an obvious hole. No joy. I saw another obvious hole rather low on the tree. I got down into the mud and shoved my arm up inside the tree. Nothing.
Just as I was on the point of storming off in a sulk I got a stick and scraped all the leaf litter out of the bottom of the tree. Amongst the leaf litter was the plastic tub I was after. I’ve now found every geocache within five and a half miles of home.
On the way back to the car I met a rather friendly horse…

I came home via the tip where I got rid of my old boots. I came home to a very quiet house. Usually the dogs bark when I come home. There wasn’t a squeak as I opened the door. All three were sitting very quietly; all looking very ashamed. The contents of the kitchen bin were strewn everywhere. I suppose I should have taken that lot to the tip as well.

Seeing how the rain had slackened off to a mild drizzle I got leads on to the dogs, and we went round the park. As we walked we didn’t meet any other dogs (which was a result) and other than polite nods, everyone else left us alone. Sometimes (especially when on my own with all three dogs) that is for the best.

With walk walked I fed shirts into the washing machine, had a sandwich, swapped shirts for undercrackers, and spent a few hours doing the laundry. As I ironed I watched a double episode of “Prison Break”. Yesterday I mentioned that the star of the show had died; that didn’t stop him starring in today’s special, and I understand that he continues in the next season of the show as well.

"er indoors TM" boiled up dinner and went bowling. I soon found myself underneath a pile of sleeping dogs from where I watched a film on Netflix. “The Cured” was set in an Ireland just after a zombie apocalypse. Scientists had developed a vaccine to cure being a zombie, but the cured were facing quite a bit of discrimination from those who hadn’t been zombies. These people had the hump with the ex-zombies because they had eaten all the non-zombies’ loved ones. Some of the cured were forming an alliance against those who would make them an oppressed minority. Some might say the film was allegorical of the sectarian troubles in Ireland. Others might say that the film was a load of old crap.
I’ll just say that’s an hour and a half of my life wasted…