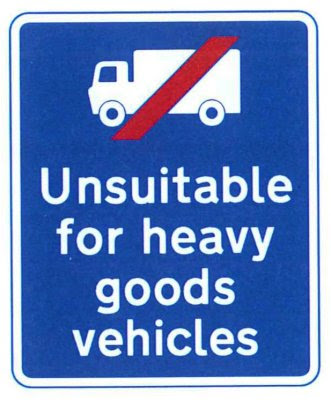 I slept rather well, despite a particularly vivid dream in which the hospitals at Maidstone and Tunbridge Wells had declared war on each other, and in which I was expected to be a double agent for both sides to infiltrate the other. I was glad to wake from that one.
Over brekkie I had a look at the Internet. Last night I saw a large box of Lego had been advertised for same locally. I sent a message to ask if it was still available. I had a reply. “Yes”. Not even a smiley face.
I also saw some talk about how NHS chiefs are looking at making accommodation for staff in hospital premises should Brexit lead to motorway chaos. Bearing in mind that I regularly drive up and down the M20 going to and from work, this is rather worrying. I would have thought that the obvious answer was *not* to use the M20 as a car park, but what do I know?

I walked down the road - I had an appointment with the dentist. I said hello to the four receptionists (yes - four) who fiddled with their computers and told me to take a seat upstairs. I'd arranged to have the first appointment of the day, and was a little curious when someone else went in before me. And then another one went in. When the third one went in I went to the counter and asked what was going on. They took my details, and told me I'd missed my appointment. I should have been there half an hour ago. I told them that they had booked me in forty minutes previously. Just as I was getting ready for a fight, one of the receptionists came over. "Have you done it again?" she asked her mate, and gave me an apologetic smile. She then phoned the dentist and asked if they could fit me in.
The dentist agreed to see me; I told her that I'd been sitting in the waiting room for nearly an hour. Her assistant chipped in that she'd seen me sitting waiting. I've formed the distinct impression that this happens more often than they would like.
To add insult to injury I've got to go back for a filling.

I went home and got the dogs onto their leads and we went for a walk round the park. Perhaps my experiences at the dentist had boiled my piss? Perhaps Pogo is just too much like hard work? Pogo tried to fight with every dog we met that was on a lead. After ten minutes he went back on the lead, but on meeting the next leaded dog he suddenly yanked with all his might and pulled his collar off.
And then I had an argument. I could see a chap walking toward us with a dog on a lead. I went the other way. This chap hurried to get in front of us. I went back the way I came; so did he. I called to him and explained that Pogo isn't good with dogs on leads. He called back and said he has never ever let his dog off the lead, and he would like his dog to play with the two of mine that wouldn't want to fight. I tried to explain the impracticality of it... bellowing the conversation a hundred yards across the park was impractical enough. Eventually this chap took offence and stomped off in a huff.
Some mornings my dog walk is really enjoyable. Today's was a misery. I'm seriously considering leaving Pogo at home in the future, but that wouldn't be fair on him.

With dogs walked I went off in the general direction of work. A couple of geocaches went live in Wadhurst yesterday. No one had logged that they'd found them. There was the chance of a First to Find. But I wasn't to be lucky; someone had found them, but not logged. There are those who encourage that sort of thing - they call it "keeping the chase open". I don't encourage it - I call it "deliberately wasting people's time".
But on the plus side I did get to find a cache that hadn't been logged in eighteen months - another resuscitation. That’s thirty-five of the things now.

As I drove here and there this morning I went along several lanes that had signs saying that they weren't suitable for heavy goods vehicles. I lost count of the amount of times I had to turn around as there was a heavy goods vehicle stuck in a narrow lane. What is it with these people? Are they stupid? The highways people don't put these signs out for fun.

I got to work in time for dinner. There was a special menu in honour of the Chinese New Year. Dinner was rather good today.
Work was busy; It was a shame that there was mud all over the department's floor. I was sure I'd cleaned my boots before coming in to work...

Today was all rather negative, wasn’t it? Tomorrow will be a better day – I’ve decided.