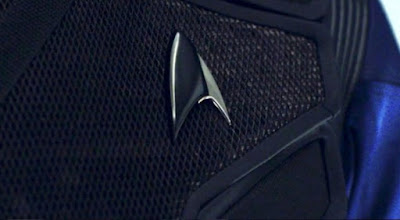 I had a rather restless night which was a shame. I gave up laying awake and came downstairs. Over a bowl of cornflakes I watched an episode of “Little Britain” as Fudge snored on the sofa. For all that he comes up to bed every evening, he soon goes back downstairs where he probably has a far better night.
After telly I had a quick look at the Internet. Other than some vague acquaintances having birthdays there wasn’t a lot happening on Facebook.
I had one email. Crosskeys Travel (the people with whom I went to Bruges a while ago) were offering day trips to the London museums for fifteen quid a head. That’s somewhat cheaper than the train, and probably easier too.

It was rather early when I left home this morning. I had a parcel to collect form the post office, and if you park in the sports centre it is free parking before seven o'clock. As I walked from my car there was a lovely smell. I'm going to hope it was flowers, and not some dangerous chemicals. Despite being nearly an hour before dawn, the birds were singing.
I got to the post office and got my parcel (Lego motor) from one of the most surly and miserable assistants that I have ever met there (and that is up against some pretty stiff competition).
As I walked back to my car I could see that the gyms in the sports centre were really busy despite it still being well before seven o'clock. These people must love it.

I drove round to Sainsburys to get petrol. I also got a sandwich as I'd forgotten to make myself one. And I got a bottle of wine too. I quite like those.
As I drove to work the pundits on the radio were discussing the press coverage of the election in the USA when Donald Trump got voted in. They were interviewing some American journalist or other who said that the American press had unduly influenced the election. Apparently at the time everyone knew that Donald Trump didn't have a hope of getting elected and was something of a joke, and so all of the press coverage was on Hilary Clinton (because she was the only "sensible" candidate). Press coverage generally being a negative thing meant that the electorate heard far more bad stuff about Clinton than Trump, and so Trump got in.
An interesting theory.
There was also talk about how President Trump has made some speech or other in which he's trying to be nice to people. This is being viewed with some suspicion by most of the media.

My plan had been to get to work early. However broken traffic lights in Sissinghurst (lights stuck on red in both directions) meant I was stuck there for over an hour. By the time I'd negotiated the obligatory HGV wedged in the slalom bend at Goudhurst I was actually late for work. The drive I did in fifty-five minutes last night took me two and a quarter hours this morning.

Work was rather hard work; I was glad to get out this evening. I came home and unpacked my Lego motor. It doesn’t work. I’m going to give the seller the benefit of the doubt and suspect my batteries are flat. I shall get some new batteries and try them.
I then looked at getting more Lego road base plates. It amazes me that it is cheaper to buy these things new from the Lego shop than it is to buy them second-hand on eBay.

"er indoors TM" came up with a rather good bit of dinner. We washed it down with that bottle of wine I bought earlier. And we watched the latest episode of “Star Trek: Discovery”. I didn’t see that coming…