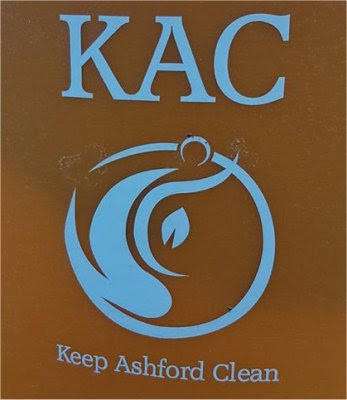 I had a rather good night’s sleep last night. It would have been better if I hadn’t been laying awake for the last hour in desperate need of the loo, but in retrospect I should have got up and gone for a tiddle, shouldn’t I? (It ain’t rocket science, is it?)

As I scoffed my toast I looked at Facebook as I do. The “Save our NHS Kent” brigade were up in arms about closures to stroke units in Kent. They’ve been up in arms about all sorts of things recently. What they seem to overlook is that a lot of these closures aren’t about saving money, they are about practicality. How *can* the local authorities keep a stroke unit open when there isn’t enough staff to run the place, and no one applies to adverts for the jobs? Here’s a suggestion for keeping the local stroke units open. Those who are complaining should shut their rattle and study (for many years) to post-graduate level and then fill the seemingly un-fillable vacancies themselves.
But to lighten the mood a friend had posted a video she’d taken in her hotel room. She was listening to the people in the next room who were doing noisy sex. I did laugh,

I took the dogs round the park for a walk. As we went through Bowen’s Field we saw the council had installed new rubbish bins. They were emblazoned with what seems to be the new corporate logo “KAC”. Apparently this stands for “Keep Ashford Clean”. I thought it was a mis-spelling and I would have put Fudge’s cack in there had Pogo not eaten it first.
As we walked round the park and the dogs played I thought something was up with Pogo. He was moving very awkwardly. And then I realised what was going on. He’s learned how to run in a sitting position so that Treacle can’t bite his ankles.
We came home through the co-op field and past the allotments which again reeked of “funny fags”.
Just as I got home my phone rang. It was an automated call from the power company asking what I thought of how they dealt with my query yesterday. Bearing in mind they haven’t dealt with it at all I hung up. I’ve been told (from various sources) that if you rate companies badly on these customer satisfaction thingies, all they do is have a go at the poor person with whom you spoke and *not* with anyone who might be able to help you.

I settled the dogs. I say that most mornings when I'm on a late shift. In the mornings they don't need much settling. In the evenings I only have to walk in the general direction of the kitchen and they all go mad. In the mornings I pick up the dog treat box and all three just lay where they are laying and not one moves. This morning was a typical example of this. I went to their treat box. Three pairs of eyes watched from the comfort of the sofas. Not one got up, or even stirred. I offered each dog a treat. Each lifted their head for me to put the treat into their mouth, and then chomped the treat whilst laying down. Clearly any more action on their part would be just too much like hard work.

As I drove this morning "Women's Hour" was on the radio. It would seem that young women barristers are leaving the profession in droves when they have children. Children are expensive things (apparently). There were one or two ex-barristers being interviewed who were whinging on about the cost of child care. It struck me that if a barrister couldn't afford child care then what hope was there for us mere mortals?

I drove to Chatham. I'd set myself a little geo-mission today in the Medway towns. First of all I had to find a plaque from which I had to get some information, I then had to answer some questions to get some numbers, do some sums, and then go get a geocache.
The sat-nav struggled getting me to the plaque. I eventually answered the questions, I did some sums and came up with what I thought might be plausible co-ordinates. I drove for a mile to find that they weren't. The location I'd come up with was in someone's back garden. I checked my sums, found my mistake, drove another mile in another direction and found myself in a residential street. I say "residential street" - it was realistically the sort of place where the council puts the scratters so that they can fight amongst themselves. There were several domestics kicking off as I walked up and down the road.  Finding nothing remotely resembling the clues I'd been given I gave up, and told my sat-nat to aim for work.
Easier said than done.
I don't doubt that there are many people who can drive round the Medway towns. I find it hard work. It is all up hill and down hill, all narrow streets and sharp corners, cars parked in the most stupid places, and every driver clearly thinks they are the only person on the roads. I was rather glad when I got on to Bluebell hill and got out of the place.

I got to work rather later than planned,  but still there was time for dinner. Being Friday a plate of fish and chips went down rather well. I went in to work, and did the late shift. It wasn't a bad shift - I've had worse.

Once home we watched the last episode of the current season of “Hunted”. It would seem the controversial ending has upset quite a few viewers.
Mind you I think I’d like to be in the next season…