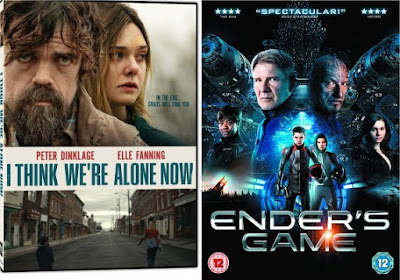 I had a terrible night last night. Fudge decided to spend the night upstairs and when he does, he grumbles every time anyone else moves, farts or even breathes. Each time he grumbles "er indoors TM" tells him off, and so no one sleeps. It didn’t help that I wasn’t allowed any of the duvet either.

Over brekkie I watched the first episode of the new season of “Alan Partridge”. The TV critics seemed to like the show; I’ve always been a fan of Alan Partridge, but I wasn’t convinced.
I then had a little look at Facebook. That is something which amazes me. Yesterday I posted up a one-line comment about getting charged O.A.P. rate for fishing. Over forty people clicked the “like” button. For once, other than people liking the fact that I look eleven years older than I actually am, not a lot was kicking off on social media.
I had an email – Amazon were trying to sell me e-books that  had already bought from them.

I got myself and the dogs organised and we drove over to South Wilesborough where my car was booked in for its MOT. The dogs were fussed by all and sundry at the garage and we walked home through Frog’s Island. The walk went rather well.
Once home I fed laundry to the washing machine, then disassembled the pond’s fish poo filter and cleaned it all out. Every year I turn the filter off when the pond is shut down in November, and every year I don’t clean it out then. Instead I leave carp turds festering over the winter so they are nice and ripe a few months later when I come to clean the thing out. This morning I drained the stagnant water onto the lawn, and Treacle promptly drank her fill of it. Cleaning out the thing didn’t take anywhere near as long as it usually does, and soon I had it re-assembled. I won’t turn it on just yet. There is a scum on the pond’s surface I want to remove. I’m thinking a net curtain would be ideal for the job. Do any of my loyal readers have a net curtain they don’t want?

The garage rang. My heart sank. My car is twelve years old. I got the thing on 30 April 2010, and my intention was to have replaced it in 2014. However my life took an unexpected turn back then, and a new car at that point wasn’t an option. Now I’m realistically running the thing until it dies. I had been wondering if today’s MOT might have been that death.
The nice man at the garage said that it had failed the MOT, but all that was needed was a new bulb. There was a string of advisories; I was told that the headlight lens is a tad misty, the tyres will need sorting in a few months’ time, and there are some things which will probably need sorting out at the next service. But the car lives to drive another day. I had a cuppa and hung the washing out whilst the nice man at the garage replaced the bulb. Hanging the washing out – in February?!
I did the monthly accounts (could be worse), hung out more washing, and then the nice man phoned to say the car was ready.

I walked the dogs back over to South Willesborough; again they all behaved themselves (mostly). We got the car and came home. I scoffed a quick sandwich then started on an epic ironing session. As I ironed I watched “I Think We’re Alone Now”; a film starring Peter Dinklage (Tyrion out of “Game of Thrones”). It was utter tripe. When it finished I got all the washing in from the washing line and ironed that whilst watching “Ender’s Game” which I rather liked, even if I did fall asleep toward the end.

"er indoors TM" came home and boiled up a very good bit of dinner which we scoffed whilst catching up on episodes of “Big Bang Theory” and “Young Sheldon”.