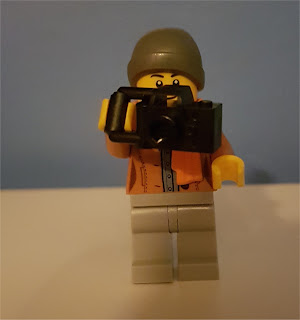 Thankfully the dogs were quiet last night and so I slept like a log despite a rather vivid dream in which Boris Johnson had somehow become my best mate.
That was rather unsettling.

I scoffed toast as I watched the last episode of “Big School” (I now need to find something else to pass the time), then had a look at the Internet to see what had happened overnight. A friend was transmitting from the far side of the world; he seemed to be having a good holiday. Not much else had seemed to happen though.
I had a look at my emails. I had loads, but none that were worth having. Amazon were suggesting e-books that I’d either already bought or didn’t interest me. LinkedIn suggested I applied for a job as a GP in Hastings. I deleted quite a few emails without even looking at them.
With Fudge snoring on one side of me and Sid on the other, I then spent a few minutes geo-puzzling. A new series of geo-puzzles appeared in the (vaguely) Orpington area last week and I’ve struggling with some of them. There is a conundrum to solve and having solved it you have a word. You then take that word, turn the letters into numbers (A=1, B=2 etc)… the numbers is the easy bit. Solving the conundrums is hard. All of the answers begin with the letter “Q” – Q is for oats is “Quaker”. “ Q is for bike is “Quad”. Easy… so what about “Q is for Yes Minister!” or “Q is for very powerful”? And what on Earth is “Q is for Australians getting in a jam”? Despite being a genius (!) with post-graduate qualifications, these (and most) geo-puzzles have me foxed.

I opened the tenth window of my Lego advent calendar (to give me something to be thinking about during the day), put on the other new shirt I bought at the weekend, and set off to work.
​
As I drove to work on a very dark morning the pundits on the radio had the hump. They had boiled the Prime Minister's piss yesterday, and so he's now hinted that the government will review the funding of the BBC. And he's got a point. When I watch some channels I have to put up with adverts; when I watch others I specifically pay for those channels. ​ Why should I be legally obliged to pay for a channel which I rarely (if ever) watch? OK - I listen to a *lot* of BBC radio, but why can't they fund themselves like every other TV or radio channel does?

They then carried on their series of interviews with the leaders of the major political parties. Today they wheeled on the leader of the Scottish Nationalists Nicola Sturgeon who (surprisingly) made a lot of sense about Brexit, the NHS and Scottish independence. If there was an SNP candidate standing on the south coast of England, I'd consider voting for them after what I heard this morning.
In stark contrast the actor Hugh Grant then came on and made a complete pig's ear of trying to make the case for tactical voting. Being a lovable upper-class twit might work on soppy films, but it doesn't make for a convincing political stance.

I did my bit at work, and was a tad late getting home. I managed to sneak in without a single dog realising; they were all too busy scoffing their dinner.
Whilst dinner boiled, "er indoors TM" did some hoovering. The hoover’s poggered… apparently it’s my fault.