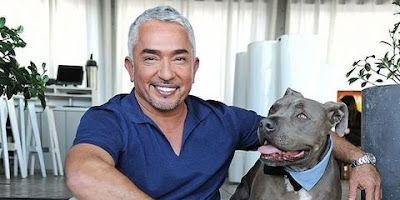 I found a damp patch on the end of the bed this morning where Treacle had been sucking the sheet overnight. Oh well… if she’s sucking the sheet she’s not stomping all over my head. And sheets are easily washed.

Last night I put my Lego advent calendar album up on Facebook albums. This morning as I scoffed toast I saw that over forty people had clicked the “like” button. I was rather amazed, and a little bit humbled. That put on the pressure for today’s instalment.
I had planned what I was going to say on today’s piccie. In previous years there is a Lego minifigure behind the second window. I’d got it all worked out, and was rather shocked to find that today’s window didn’t have a little Lego person. That’s all the fun of the Lego advent calendar. The thing sits on my shelf unopened for months; I really do open each window on the correct day, and then put no end of pressure on myself to come up with something.

As I had my morning root around Facebook my piss boiled somewhat. A friend from way back when was posting about how Muslim people don’t have to pay council tax if their house is designated as a place of worship. I can understand why this would be annoying to many if it was true. But it isn’t. About twenty seconds on Google showed it was wrong. Why do people re-post such crap? So many people believe any old rubbish that they read on-line. And these people are allowed to vote.

I went to put the leads on the dogs, and then stopped. Last night (and for the last few weeks) we’ve been watching “The Dog Whisperer” on the telly. The format of the show is that it starts with a ravening hell-hound, and ends with a meek, mild, submissive family pet. Last night Cesar (the “Dog Whisperer”) was banging on about how dogs pick up on positive and negative energy. It sounded like a load of old tosh to me but, looking back, every walk is the same. Putting the leads on is always something of a fight. And having got worked up before we leave the house things just go from bad to worse. So today I was deliberately quiet and calm. We all sat and waited patiently to have our leads put on. There was no shouting and hollering from me either t the start or during the walk (like there usually is) and the dogs really did respond to this. We had a very good walk. The dogs played nicely with each other and with the other dogs we met. There was no barking at passers-by or other dogs. There was no pulling and straining at the leads when we were on leads.
There were small issues in getting them to come back when we needed the leads back on, but for a first attempt at “dog whispering” it was an unqualified success. The chap on the telly always maintains that when dogs seem to be a problem it is usually people that are at fault. He might have a point.

Once home I posted up today’s instalment of the advent calendar as I sat on the sofa with a cup of coffee.  As the dogs snored I then wrote up some CPD. A necessary evil.

I wandered out to find my car. It was with something of a sense of releif that I saw my sandwich box on the passenger seat. I must have left it there yesterday; I'd spent ages this morning hunting for it.

As I drove to work the pundits on the radio were interviewing the good people of Hastings (where I was born) about the upcoming general election. Hastings is one of the very few constituencies which could go any way in the election, and not only is there an amazing amount of people who don't vote, there's a *lot* of people who deliberately have not registered to vote. Many have chosen not to do so because then the bailiffs can't use the electoral register to tract them down about their unpaid debts. Debts incurred because of the unfair welfare system. There's apparently somewhere between five and ten million people in the UK who have chosen not to have a vote in this way.
The very people with a vested interest in voting are choosing not to do so. So much for democracy, eh.

I got to work (at Tunbridge Wells) in an hour. The best time I've ever done that run in. I had a rather busy late shift, fighting with the intricacies of the Kidd blood group system. Don't ever let anyone tell you that blood group O Negative is a universal donor!!
I was glad when the relief arrived.

As I drove home I was very aware that there was no fog. My weather app on my phone had told me that the Met Office had issued a yellow warning of fog. I wonder why…