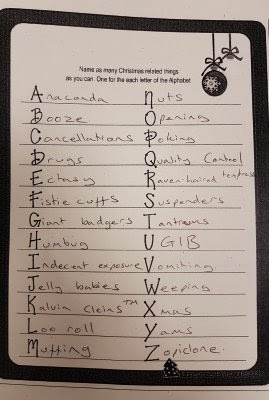 Another restless night. To be fair to the hounds, they were quiet. But (somehow or other) I managed to do something to my left hip yesterday and I couldn’t get comfortable.
I got up early, and over brekkie watched an episode of “Flowers”. It passed twenty minutes whilst Sid and Fudge snored. Treacle and Pogo stayed upstairs. And with telly watched I had a look at the Internet. Facebook seemed to be strangely quiet this morning.

I looked at the election results. The Conservatives had won. I then had a look at the local result. Compared to the last election the Conservative vote was up five per cent and was again more than all the other votes combined. The Liberal Democrat vote was down two per cent and the Labour vote was down an amazing twenty-five per cent on 2017. Interestingly the Green vote was nearly double what it was last time.
Bearing in mind that in the run-up to the election my Facebook feed was alive with people proud to be voting Labour and no one was brave enough to say they supported the Tories, I have to wonder if this either this election was in some way fixed or whether social media is no reflection of society?

As I drove to work the talk on the radio was all about yesterday's election. A resounding success for the Conservatives... but as the talk went on I don't think that the Conservatives won it so much as Labour lost it. In many of the seats which Labour lost, their votes went to the Brexit party. It was hinted that we hadn't so much had an election as had staged a popularity contest between a likable (if lying) showman and a idiot who was disliked by the media.
Mind you the election went on outside of England in the other parts of the UK too. The Scottish Nationalists did well (and will probably ask for independence next week), and there's now more nationalist Irish MPs than unionist
What will happen next? - time will tell.

I stopped off in Tesco on my way to work. I felt we deserved some sweeties for work. I got a bottle of plonk too; you can't go that far wrong with Bulgarian Merlot, can you?.

I went in to work; my hip got worse as the day went on. I wish I knew what I'd done to it; I certainly wouldn't do it again. The sweeties I'd bought went down well. We also had some Christmas puzzles to work on... Christmassy words from A to Z? My favourite was "Raven-haired temptress" for R.

As I worked, the I.T. people were busying about in the background. They were getting rather heated in their discussions about reflexed P-maps (as opposed to unsolicited ones). Matters were further confused when P-maps were being mistaken for R-Y messages (as opposed to point-to-point queuing or L-His flags).
In the end the decision was made to go with what they'd got, but there seemed to be quite a bit of uncertainty as to what it was that they'd actually got.
It's another world, isn't it?

Meanwhile as I type this, Treacle is trying to eat half a coat-hanger. I wish she wouldn’t…