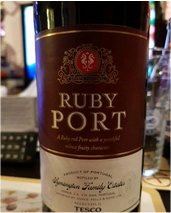 With everyone else gone back to bed I made toast using the last of the cherry brandy conserve. I’m glad that stuff has all gone, I then watched the first episode of the second season of “Flowers” before sparking up my lap-top to see if I’d missed much overnight. There were a few people posting on Facebook; one or two (like me) were getting ready for work. Quite a few were still on holiday. Whilst I don’t dislike my job, if I had my time again I’d work somewhere that puts up a “closed” sign from time to time. But it could be worse… I went through my diaries last night – I’ve actually had three complete Christmases (Christmas Eve through to Boxing Day) off in the last ten years.
I was rather interested to read some of the posts on the Munzee-related Facebook pages; apparently the parent company is about to go bankrupt?

Yesterday I mentioned that the roads at mid day were as busy as any other day. This morning at seven o'clock the roads to Pembury were the quietest I've ever known them. It took me less than an hour to do a journey which usually takes an hour and a half. Usually there is hold-up after hold-up. I didn't stop once on the entire journey.

As I drove the pundits on the radio were talking their usual brand of nonsense. This morning the country's top Judge Lady Hale was the guest editor for the morning news program. There was a lot of talk about how the legal system is in disarray because the average person can't afford justice. Rather than paying barristers, people finding themselves in court are defending themselves with varying degrees of success. An attempt was made by some other legal bigwig to justify the salaries of those working in the courts. The argument made was that barristers and solicitors should be paid a fortune because the financial whizz-kids in the city get paid far too much as well. I must admit that I wasn't convinced. By that reasoning, everyone doing anything should be paid a fortune too?
It was also suggested that more women should be employed as judges because it was claimed that there are different outcomes when women judge a case (as opposed to male judges).
How does that work? How does justice depend on the gender of the person assessing it?
As I parked my car I reflected that I've never really thought that much of the British legal system, and now I have reason for feeling that way.

I got to work and parked up. Apparently the nice Prime Minister has announced that there will be free parking for NHS staff next year... when they are on night shift. I pay a set amount every month and park whenever my seemingly random shift pattern requires me to show up. I wonder how this free parking at night will work. Will I get a rebate? I suspect that (like most political promises) this hasn't been thought through very well.
As I worked my brother phoned. My mum had been taken poorly yesterday and had spent the night in hospital, but she would seem to be on the mend now.

With work done I came home again. As I do… The roads were quiet on the way home too. Over a typical Christmassy dinner of cold meat, cheese and pickle (washed down with port and stout) we watched the Christmas Bake-Off. It was rather good…