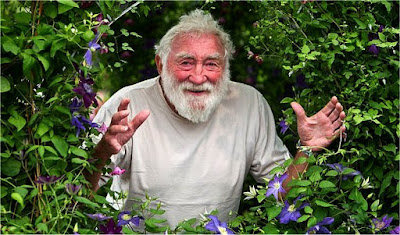 "er indoors TM" spent much of the night arguing with the dogs (for no reason that I could ascertain). They kept this up until five minutes before my alarm was due to go off, then they all settled and went to sleep. I got up, supervised Sid and Fudge in the garden at five o’clock, and made some toast.
I peered into the Internet as I scoffed toast. One of the Lego-related Facebook groups had a rather pointed post from one of the moderators who was laying down the law. Apparently there had been some rather vitriolic squabbling on that group. Lego!? - some people will argue about anything.
I saw several adverts for next year’s ComicCon – I was told that I should go as this would be the last UK appearance of Tom Skerritt. (No – I have no idea who he is either).
The local Facebook crime awareness pages were reporting a pair of fake police officers who were supposedly trying to gain access to people’s houses not five miles from home. I sometimes wonder about the local Facebook crime awareness pages. Reading them you’d think I live in a modern-day Dodge City. I’m not sure if all the myriad of “crimes” reported daily are just made up or are an over-reaction. There was a major upset a few weeks ago when someone was seen committing the heinous offence of sitting on a local bench drinking a can of lager.

I then opened the eleventh window of my Advent Calendar and wondered just what I might say about it. My Lego advent calendar has developed something of a life of its own with about thirty people following it. Coming up with an instalment every day is quite a challenge.
Taking care not to wake anyone who was finally asleep I get dressed and set off work-wards.

I got to my car and was rather pleased to see that there was only condensation on the windscreen, not ice. But as I wiped it off so it froze.
As I drove to work the pundits on the radio were all a-twitter about tomorrow's election. With the outcome still up for grabs it would seem that it's going to be all about choosing the least worst option.  The Liberal Democrat vote has collapsed, and with the Brexit party in disarray (it turns out that a party needs to do more than just send them all back on the next banana boat to gain any credibility), British politics is back to the two-horse race it has always been. So... Do we want a proven liar or a well-intentioned idiot running the country?
Interestingly the leader of the Welsh Nationalists came on the radio proposing that it should be made a criminal offence for a politician to lie. He might have a point. Mind you this article makes for interesting reading. Having pretty much everything they’ve said been proved to be inaccurate hasn’t hurt the Conservative party at all.

The roads were rather busy this morning. Driving to Tunbridge Wells an hour and a half earlier than usual, I thought they would be quieter. I was wrong.
I did that which I couldn't avoid, and at tea break I finished my latest e-book. You can see what I thought of it by clicking here.

I like the early shifts - an early start made for an early finish. Once home I walked the dogs round the roads and fed them. Single handed. With full bellies the hounds soon settled and we all slept in front of the telly until "er indoors TM" came home (to feed me).