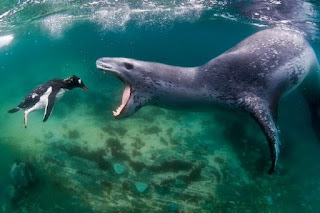 Last night we watched the third episode of the new and re-made series of "Yes Prime Minister". A couple of weeks ago I mentioned that the show had promise. I'm not so sure now - I think I'm going off of it. The original's humour stemmed from the fact that the two main protagonists might have been at odds with each other, but were never in the open warfare that the new Jim Hacker and Sir Humphrey appear to be. The show lacks the subtlety that made the original so great.
And so to work where I did my bit, and then came home again. As I drove I listened to the radio (as always). It would seem that staff at HMV had done the dirty on management by using the firm's official Twitter account to unveil that which they probably shouldn't have.
Access to immediate mass communication is fine, but it can be a double edged sword. Especially when you are trying to sack the person to whom you have given such access. I did smile when I read on Twitter: “Just overheard our Marketing Director (he's staying, folks) ask "How do I shut down Twitter?" "

Meanwhile a dog walker (and his dog) has found that which a sperm whale has spewed up, and he stands to make a tidy profit from this.
Sperm whale vomit (ambergris) is a vital ingredient in making perfume, and this lucky chap has already been offered over forty thousand quid for the lump of vom. But he's holding on for a better offer - the expert opinion is that he'll get twice that amount.
It's amazing what goes on under the sea, and it's a cruel fact of life that some people's dogs find ambergris whilst others find what foxes have left behind. If fox turds were worth anything, Fudge would have made me a millionaire.

And I'll end with Teston again. Most people might as well give up reading here.

Over the last few days I've been whinging about the proposed kite festival at Teston which has been mooted for June. On perusing the various Internet forums it seems that the waters have now been seriously muddied.
The event would no longer seem to be under the auspices of the Kent kite Fliers, but now is apparently being organised by some random committee of interested parties which aren't prepared to make any decisions about the event until March.

In the meantime some of the regular Teston-ites have announced that they are staging their own camp that weekend on a private field which is free to camp and is open to anyone who wants to show up. Many of the kite fliers who might have supported a Teston event have said they will be there. It's a lot closer to where a lot of people live, they can camp when they like, and it's free. The only drawback for me is the distance involved in travelling, but I know that I am in the minority in this case. It's a lot closer to Sumners Ponds than it is to Teston for a lot of people.
There's also a geocaching camp in Sussex planned for that weekend, but being on a formal campsite, advance booking is a must. And a lot of "the usual suspects" fancy us doing our own thing like we did last year. Or we miht even forget camping that weekend and go to Folkestone Air Show.
Alternatively there might or might not be a festival at Teston Bridge picnic site. We don't know the exact timings or cost, or even if it is going to happen, but that is (apparently) just piddling details.

It would seem that any potential kite festival at Teston in June is now dead in the water.
Posted by Manky Badger at 8:03 am