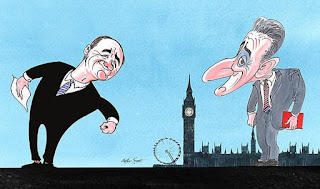 A relatively early start bearing in mind I had no burning need to get up early. I spent a couple of minutes re-scheduling a couple of planned walks, and then had a bit of brekkie. With no sign of the most recent fruit of my loin I spent a little while playing with the new geocaching app on my phone. I can now geocache in ordnance survey; which is something I’ve been keen to do for some time.
I suppose it’s more truthful to say that I think I can – I shall find out tomorrow when I test the thing properly.

I did this week’s on-line lectures in the astro-biology course. The course started well, but this week’s lectures weren’t as good. There seems to be a lot of speculation in what’s being said. I suppose that’s the nature of a subject which is (at the moment) entirely speculative.

"Daddies Little Angel TM" eventually arrived, and we took the dogs out. A short walk as my back is still not what it once was. On the way there was an embarrassing incident. One of the passing normal people took offence when Sid was summoned. Having been taking his own sweet time and having fallen quite a way behind us, his attention was attracted by his mummy shouting “Oi – Bell-End!!” The passing norm thought that it was he who was being insulted. Oh how I laughed.
And then, being Tuesday, the clans gathered. This time in Queen Street where we listened to Steve on the radio. A rather good 1979 (ish) retrospective, and then an episode of "Merlin". And having bandied a few insults we came home. A cold night, but clear. I thought about getting the telescope out, but soon thought better of that idea. Instead we had a cuppa and watched the latest episode of "Yes Prime Minister". I can't help but feel that each episode of this series has got progressively worse and worse. I wasn't impressed with tonight's one. And bearing in mind that several good TV shows have been cancelled, I'd be very surprised if this one gets a second series.