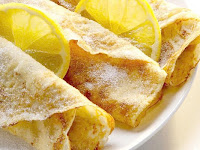 Sid stayed with us last night - we had something of a "dog sleep-over". Sid has never, ever been a problem. But at 3am last night something upset the dogs and started them off on a woofing fit. I went down to see what all the fuss was about and found myself chasing two small dogs round the house when I would rather have been asleep. "er indoors TM" slept through the lot. I wish I had done.

"Daddies Little Angel TM" arrived shortly after brekkie and we took the dogs for a walk - Newtown to South Willesborough and back home through Frog's Island. It took us out for an hour. Fortunately for my nerves we didn't meet any other dogs (or their owners) on the way.
Home for a cupps, and then with the dogs settled I walked "Daddies Little Angel TM" to the bus stop. She was off to skool for the afternoon, and I had a mooch round town. Or what is left of the town. So many shops have closed down. I did have a sly smile in Wilkos where one pikey was asking another pikey what was the difference between honey and golden syrup. It transpires that the difference is that one is honey and the other is golden syrup. Dur!!

I met Cheryl and her family in the pound shop, and seeing they had no duck decoys (its a geocaching thing) I came home. Both dogs were asleep, and they woke, sat on my lap and went back to sleep. I watched some DVDs, then did more proof reading. I do like the story I'm giving the once-over to. And then I watched the lectures of week three of the astro-biology course.

By then it was 5pm. The Rear Admiral arrived and we set of to Folkestone for pancakes and chips, and once the tribes had gathered we watched "Firefly". I had stomach ache. I'd eaten far too much...
For all that I didn't really do anything today, today was excellent
Posted by Manky Badger at 11:03 pm