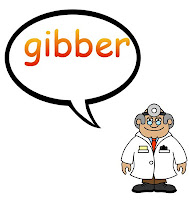 Normally I fidget quite a bit in my sleep. I woke in exactly the same position in which I dozed off last night, and spent five minutes trying to move, and another ten minutes trying to get out of the bed. One doesn't realise how good it is to have a back which works until one's back is agony. The rain outside was torrential, but today that didn't bother me; with my back how it was I wasn't going to be setting off on that epic walk I have been hoping to do.
I spent a little while trying to phone through to the quack. For the first ten minutes the call kept going through to the emergency doctor; for the next ten minutes the number was constantly engaged. I could feel my piss boiling - in the past getting an appointment has been nigh-on impossible and I was getting ready for such an argument with them. When I got through they gave me an appointment right away and I hung up with something of a sense of anticlimax.

"Daddies Little Angel TM" arrived five minutes after I’d given up waiting for her and had fed Fudge. She didn’t seem overly bothered that I’d not waited, and after we’d exchanged insults I left her in charge and set off of the doctors. I felt rather useless as I hobbled from my car towards the surgery, leaning on my walking stick as I went. I sat and waited my appointment. I was only fifteen minutes late in being seen.

As is always the case at my surgery I saw a doctor I have never seen before and probably will never see again. The chap started off by making some incomprehensible statement, and that rather set the tone for the consultation. I *think* that during the ten minute appointment he made some jovial comment about my walking stick to put me at my ease. I’m pretty sure he said that there was no disc damage. And I could be wrong but I do believe that he said something about bad backs coming with advancing years.
He prescribed me some pain killers that I’ve had before – ones that send me to sleep. And he wittered something about having a hot bath. That would be no good – I couldn’t get out of a bath. I think he said that heat pads are as good as a bath so I got some of those as well.
I wonder if I shouldn't make a complaint - he's probably a good enough doctor, but I couldn’t understand one word out of every ten that he said.

And so home where "Daddies Little Angel TM" was hoovering because she knew I couldn’t with my iffy back. She made coffee and, with the rain having subsided, we then took the dogs round the park. Or that is she took the dogs round the park. I hobbled along behind them as fast as I could. There was a dodgy five minutes when we lost Fudge. He saw a cat a few seconds before the cat saw him. And then there was another dodgy five minutes when Fudge decided he’d rather terrorise other dogs than come back when called. This incurred the wrath of his Auntie Kat who went mental at him. He went straight back on the lead and immediately he had a very sheepish demeanour; he knew he’d been bad.

Back to base. I’d really wanted to go for that walk but it had taken a lot out of me (which was pathetic, really). So I collapsed in front of the computer for much of the afternoon. I finished proof-reading my mate’s book; all two hundred pages of it. I’ve proof-read before. It’s really good – to be able to take a world that has been created and to be able to suggest changes to that world. It’s also reminded me that a year ago I was writing a book. Must get back to that at some point.

Just before tea we got an email. A new geocache had gone live - not five minutes walk from the house. We had the chance for a first to find; and were beaten by a minute. In retrospect I shouldn't have gone for the cache - my back wasn't up to the exertion. It had been getting better...