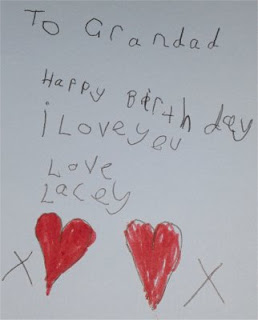 It's not beyond the bounds of possibility that yesterday's extreme caching might have just been a tad too ambitious for my back. It's only a week since I went to the doc because I could not get out of a chair, so mountaineering to geocaches yesterday might just have been just the teensiest bit too keen. I was suffering today.

Over brekkie I opened my mail and checked emails. I had a decent hail of cards; and over seventy birthday wishes through Facebook. Forty-nine, eh? Where have the years gone. Forty-nine is old. Seriously old. I don't feel old though.

Setting off only half an hour later than planned we picked up Cheryl and Lacey and went to the zoo. To Howletts as we all had either free passes or season tickets. At over twenty quid admission I wouldn't go otherwise. But it was good for a day out - monkeys making toast with grillers, Chicken-Eagles, all the usual. We had a picnic and was there for three hours. It would have been nicer to have been there longer, but it was far too cold really.

Home via Tescos for a bit of shopping. Me and Lacey played silly beggars with the checkouts. It had to be done. I also got my replacement duck for geocaching purposes. And then the clans (or some of them) gathered in the County hotel. An old friend was over from Guernsey and a crafty curry and a celebratory pint was in order.
Hic...