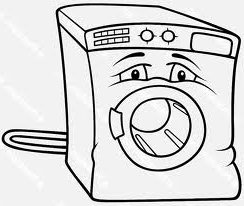 For two nights I have lain awake most of the night. I slept like a log last night. I am convinced that insomnia is related to work days. I can't see why - the stresses of the workplace are nowhere near what they once were.
Over brekkie I checked out the Internet. There is an ongoing squabble in the geocaching world. When one finds a geocache one logs the fact on-line. And one is required to write a log about the visit. Personally I put a link to this blog which usually sums up whatever I was feeling at the time. Some people write their entire life history as a log. Others write "TFTC" (Thanks for the cache). Cache owners are not happy with the reports they are getting. Some demand formal essays of glowing praise. Others don't want people waxing lyrically.
Oh the trivial things people find to argue about. But, as Jerome once said, "it is in the petty details..."

I got Fudge and myself ready for the off, and we went round to find Unky Steve and drove down to collect one of his pups. After a minor dog scrap both dogs settled down and pausing only briefly at the post office we went up to Holly Hill. Late last year whilst I was working one weekend, the usual suspects did the Holly Hill loop, and Steve, me and a brace of dogs went round it today.
A lovely walk through some lovely countryside; picking up over thirty geocaches as we went. Steve got his four hundredth cache – I got my one thousand two hundred and fiftieth. And to think it was Steve who got me into this treasure hunt in the first place. We also got a ton of mud.
We experimented with Fudge on and off of the lead. He came back when called most times. Well, he came back every time, but sometimes he did take longer than others. On those two occasions when he returned late it was at a sprint looking rather sheepish.
As we pootled along we saw several other dogs. One of which was exactly the same shape as Fudge – another Jackshund. You don’t see many of them I was quite impressed. Fudge wasn’t and tried to pick a fight.

Once home I hosed the mud off of Furry Face and did the last lectures on the course I’ve been doing in astro-biology. This week we covered the subject of extra-terrestrial intelligences. A lot of speculation, absolutely no information whatsoever. But then that‘s the nature of aliens. Now the course is done I think it was a good course; an interesting course. If it’s run again I’d recommend that my loyal readers give the thing a try.

And then I went to empty the washing machine of what I’d put in it to wash. The stuff was wringing wet. The drum’s not turning. I would cry, but I pay good money on an insurance against the thing going tits-up, so I phoned the insurance company only to be told that their fix-it department was closed. They told me to try again in the morning. I will do that. I expect I shall be ranting about that tomorrow.

Being the last Wednesday of the month tonight was arky-ologee club. I’ve not been for months and had been looking forward to it. But I think that having been out and about during the day with a constantly running nose was a bad idea – I think I might have developed sinusitis (again). An evening home in the warm was a much better idea. And tonight was their AGM. The chairperson has been looking to stand down for a couple of years. It was probably as well that I wasn’t there; I tend to volunteer when perhaps I shouldn’t...