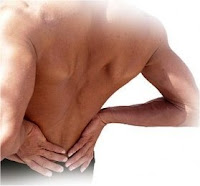 I took one of my high-powered pain killer tablets last night and slept like a log. Despite all the fun and games I’ve had in my professional life over the last year or so, to my mind there is still something fundamentally wrong about phoning in sick. I know I’m entitled to sick leave. I know others do it. In the past I have blogged about others in various walks of life who do it with impunity. But I still don’t like doing it myself. Today I had no choice. After five minutes of trying and failing to get out of my pit I realised that fact.
I would be sick on the only day I’m supposed to work this week, and the last day before a week’s leave. It really looks like I’m taking the piss. I wouldn’t believe anyone else doing the same.

I spent a couple of minutes reviewing the “Teston Situation”: in the past there has been a kite festival at Teston Bridge Country Park on the second weekend in June. I’ve always gone there – mob-handed with up to thirty-odd other assorted reprobates. Last year there wasn’t one in June and we did our own thing. This year… Who knows? The putative organiser deputed someone to take soundings on the possibility of such an event via Facebook. Soundings were taken in the most rude way imaginable. Anyone who did not fully commit to the event was publicly harangued, regardless of the fact that we were not told the duration of the event, the cost, what we got for our money, what help would be expected of us whilst we were there, or even if the event was actually going to take place.

Many of the regular attendees have already arranged to go to other kite-related events planned for that weekend. With lots of other events clashing with this possible Teston; other events being definite and requiring booking, what can we do for the best? Realistically I doubt the festival will go ahead. So I rallied the troops and have planned for a different camp over the late May bank holiday instead. If any of my loyal readers fancy a bank holiday in a tent, let me know. I don’t know what Furry Face will make of camping – I expect I shall leave him in the tender care of the first fruit of my loin for that weekend.

Talking of Furry Face – he got shouted at today. With me being rather immobile, he took great delight in barking noisily at everything and anything that moved outside the house. I wish he wouldn’t do that. I took him for a little walk – he seemed to be asking to go, and I couldn’t say no. Our usual short walk is about three quarters of an hour, and both of us seem to feel that’s not enough. Today I walked him for half an hour – a trip round the block that would normally take me five minutes when blessed with mobility. And that nearly killed me.

Once home I made a point of not collapsing as I knew I would not be able to get up again. I hunted out an old hot water bottle and with that heated and shoved down the back of my pants I slobbed in front of the computer for much of the day, sending insults here, there and thither.
Rather a waste of a day. But about the best I could do in the circumstances. I hope this back gets better soon…
Posted by Manky Badger at 8:35 pm