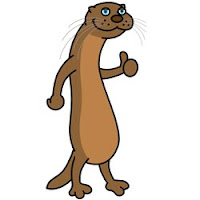 Relations with one of my next door neighbours have been rather strained these last ten years ever since I asked a solicitor to write to him. However things have been rather quiet of late. Or they were up until yesterday evening when he started clobbering the party wall. I think he's doing some D.I.Y. project. The bashing made rather a nice counterpoint to the frankly dreadful violin which was being strangled by someone else next door. Still, I'm not complaining. All the time he's making a racket he can't find fault with what I'm up to.

What with rostered days off, sick leave, and a few days holiday I'd not been to work for two weeks. As I drove there today I listened to the radio. I make a point of listening to the news as I drive because if I don't I have found that I get very cut off from current affairs. I'd not listened to the news for nearly two weeks, and realistically absolutely nothing of note would seem to have happened during that time.
This morning trivia abounded. The latest newly discovered victimised minority group was being interviewed on the radio this morning. Apparently today's society is very discriminatory against the ex-gay community; those who were once homosexual but aren't any more. Personally I can't see their problem. Does society really care about whether someone has announced that they have changed their sexual orientation? I for one don't care either way.

Which is more than can be said of the average otter. It would seem that there has been a marked decline in otter goolies over the last twenty years; both in quantity and quality. Science sees this as a bad thing. Science clearly is overlooking the advantages of a firm moral stance, and obviously approves of those with an unholy interest in otter goolies.
Hardly any way to claim the moral high ground.

And so to work. Despite my back being bad these last couple of weeks I'd tried to make the most of my time, and have been out and about quite a lot. And it has been very cold. Being warm today was a welcome change - it was good not to have my nose constantly running.
Having done my bit I came home via the petrol station. I go to the cheapest one for miles around and still felt I was paying way over the odds. Petrol's expensive stuff...