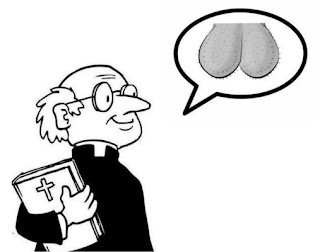 After several restless nights I had a rather good night’s sleep. I suppose (as I have said before) when the dogs are settled, so is everyone else.

I set yet another COVID test going as I made toast, and it incubated as I scoffed that toast and some medicine whilst watching another episode of “Superstore” before peering into the Internet in the desperate hope that something exciting had happened overnight.

I saw a friend was having her birthday today. She’d also changed her Facebook photo to one of when she was a teenager. I’d completely forgotten that having really known her best when she ran the local pet shop, I’d actually known her many years before then when we were both teenage religious nuts in Hastings (her father was one of the local vicars). This made me think… the religious nut scene in Hastings round about 1980 was quite a big thing; it was my entire life for several years. But I eventually saw the darkness as did most of my contemporaries. I wonder how many of them (like me) didn’t actually believe a word of it, but just desperately hoped it was true.

Two of my friends from the time are now paid ministers in the Baptist and Methodist churches. Presumably they believed it all.

With nothing else happening on-line I registered the negative COVID result and got ready for work.

There was quite a bit of traffic mayhem as the dustbin lorry blocked our road this morning. I would be a tad more sympathetic to the dustmen had they taken our rubbish once in the last month, but they aren't endearing themselves to me right now.

I set off to work (on a much milder morning than yesterday) and found a motorway full of equally unhelpful lorry drivers. If they are all going to be driving at the same speed, why can't they all drive one-behind-the-other in the slow lane? Instead of all driving at the same speed in the slow and middle lane leaving only the fast lane for people who want to go at over forty-five miles per hour?

As I set off I caught the end of an item on the radio about the Pope who has recently spouted bollox beyond the expectations of even his most staunch supporters. The twit has made an attack on having family pets and has announced "We see that some people do not want to have a child. Sometimes they have one, and that's it, but they have dogs and cats that take the place of children". Apparently doing so "is a denial of fatherhood and motherhood and diminishes us, takes away our humanity", he added.

Bearing in mind he has neither children nor pets of his own I don't see how he has any grounds to make any sort of moral judgement about either. Mind you he is in a job which required him to make great show of his imaginary friends, so I suppose talking out of his arse comes naturally to him.

I'm sorry - I have very little time for the Catholic Church. When my grandmother died the local priest crawled out of the woodwork and claimed her as one of his flock even though none of the family had any idea she was supposedly a catholic. And at my father-in-law and my brother-in-law's funerals the priest leading the services got their basic family details wrong. You'd think he'd know about two people who (unlike my gran) had turned up at his church weekly for years.

Work was work; we had a good day. As the day wore on I had a message about one of my geocaches. “Missing from location” was the simple message from someone who was unable to find this particular geocache last weekend, and was similarly seemingly unable to find it today. I stopped off on my way home from work to have a look-see. It was where it was supposed to be. I sent the chap a message saying that it was there, and politely asked what he’d been looking for. Bearing in mind the thing is magnetically stuck on to a roadside box and (in daylight) you can see it as you drive past, I can’t help but wonder what this bloke has been looking for.

I got home and took the dogs for a walk. Now that Twelfth Night has passed and most people have taken down their “house bling” the back streets were noticeably darker as we walked. It comes to something when you are dependent on someone’s fairy lights to be able to see the dog at the end of the lead when you are walking.

With walk walked both dogs were soon both fast asleep. I made myself a cuppa and went on-line and ordered some nanos and RUMS (as one does)

“er indoors TM” boiled up fish and chips and we watched more of “The Larkins”… I’m getting quite into that show. I wonder how many other gems like this we’ve missed?