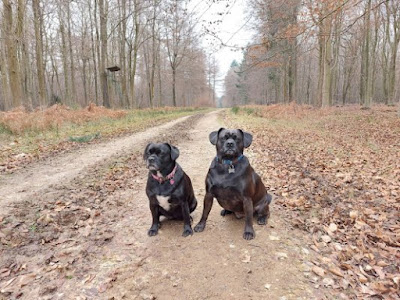 What with “er indoors TM” having found the marmalade yesterday morning I put some on my toast and this morning’s brekkie was nowhere near as dry as yesterday’s. I sent out some birthday wishes on Facebook, and saw that there was a bit of a squabble kicking off on one of the local Facebook groups about which vaccines were being offered at one of the local centres. I wasn’t getting involved; I’ve done that too much over the last year and have found that in today’s society, no matter what the topic of conversation, any idiot’s spur-of-the-moment opinion on any given topic is as valid as that of someone’s with post-graduate qualifications and a lifetime’s experience on the matter.

I also had an email congratulating me on completing the Coursera course I’ve just done on astrobiology. I was expecting a rather curt email too, but that never arrived. As part of the course we have to grade other people’s essays. Yesterday evening I gave someone 2/15 for their essay. The two marks being for the clarity of their reasoning. They’d written a good essay all about the course they’d just done, but it never once mentioned anything that we were asked to specifically discuss in the essay. In the instructions we were given we were told to make allowances for people whose first language isn’t English. A fair instruction, but I’d made the comment that maybe they should read the instructions and start again not because of any language issues but because they hadn’t read those instructions.

I took the dogs up to Kings Wood and in a novel break with recent tradition we got to park in the lower car park. With a little time on our hands we walked rather further into the woods than we usually do, exploring new paths and chasing new squirrels. I was rather amazed at how little mud was in the woods.

As I walked I had a vague idea about putting out a new series of geocaches in those woods. Rather than adding to what is there I’ve got an idea for a greatly expanded series going across all of the woods. My current series there has realistically run its course having been found over a hundred times. And my current series is based on the lower car park where parking is always difficult. I’ve got a vague idea to have a massive series of two loops starting at the upper car park where people can (usually) get a parking space.

We came home and I spent a few minutes trying to secure the chodbin’s saddle. The toilet seat is a tad loose which can be a tad off-putting. After a lot of effort I’ve got the thing a tad more secure than once it was, but it still jiggles about at times of extreme stress,, which is never a good thing for a chodbin.

I made a spot of lunch, and spent the afternoon binge-watching episodes of “Kiss Me First”; a strangely good show in which several  loners become good friends in a virtual reality… and then someone starts murdering them all. As I have said many times before about all sorts of films, books and TV shows, believable characters make the more surreal of situations appear plausible.

“er indoors TM” came home, and two dogs that had been fast asleep for hours instantly got very over-excited. We had a very good bit of dinner whilst watching “Junior Bake Off”. The children in that show are *so* talented, but I do feel for the losing ones that get bumped out each time; they do get upset.