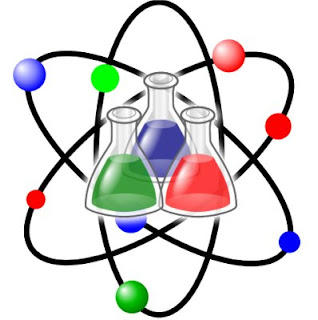 Having been sleeping well I had an alarm set last night… and woke just after two o’clock.

Over brekkie I started on the steroids and antibiotics (in readiness for next week’s surgery) and watched an episode of “Superstore” which was rather entertaining. That show features so many characters with whom I can relate.

I then sparked up the lap-top to see what had happened overnight in the world.

Yesterday afternoon I read a post on one of the local Facebook groups about our local postal sorting office. There is a problem with Royal Mail parcel post (or whatever it is called these days). I know from experience that the people delivering the parcels don’t bang on the doors or ring bells when they have a delivery to make. They just pop a “sorry you weren’t home” note through the letterbox and run away as quickly as they can. Like they did at our house on the morning of Christmas Eve. You then have to go to the sorting office to collect your parcel. There are a choice of car parks you might use. None are very near the sorting office, and none are cheap. Parking outside the sorting office isn’t practical as the traffic wardens hide in the private car park of the offices over the road and when someone parks up, they wait until they go in to collect their parcels then run over, ticket the car, and run away as quickly as they can (I’ve watched them do it). It had been suggested that three parking bays be marked on the road outside the sorting office for people to collect parcels. A petition had been started up in support of this. (You can sign it by clicking here) Such a sensible idea; such nastiness and bitterness had been stirred up on Facebook. Some people really do just want to argue.

However I did have an email which chirped me up. Over the weekend people have been out hunting for the geocaches I’ve hidden over the last year of so. Over thirty of them have received “favourite points” which means people like them. That was something of a result.

(Rant warning!) Oh how my piss boiled as I listened to the news on the radio this morning. I try not to blog about work, but seriously...

Elizabeth Holmes, founder of supposed blood testing firm Theranos, has been found guilty of several charges including conspiracy to defraud investors. Did it really need a high-profile court case to prove this? Wasn't it screamingly obvious that what she was claiming just wasn't feasible? I thought she was on the fiddle from the moment I heard about her business as did pretty much everyone who knows the first thing about blood tests. Her company had this plan that they would send out a blood testing kit to whoever would pay for one. You would stick in a few drops of blood, and their kit would tell you all about the state of your health.

Sounds too good to be true doesn't it?

Now I might now a tad more than most about the subject, but in its simplest terms any sort of test (be it blood or anything) is only as good as that which it is testing. You need a decent dollop of blood to get a good result. To get a good sample of blood for most purposes you need to stick a needle in a vein. You can't get it from a few drops nervously squeezed from the end of your thumb. Have you ever had a blood sample taken? Look at the colour of the blood that is in the bottles collected from a vein and compare that to the colour to what you see when you cut yourself. *Completely* different!!

Or take the UK version of this which is all over the telly adverts at the moment. The company offers all sorts of medical testing, and claim they won't make a charge if they don't find anything wrong. What a nice little earner(!) With people taking their own (frankly dreadful) blood samples we have *incredibly" poor quality blood being tested. Obviously the results are going to be squafty. And so the company gets their money as they have found something wrong.

And a terrified public goes running to their GP who does a proper blood test and finds all is fine.

It's not unlike the terrible reputation the lateral flow tests for COVID-19 are getting. So many false negatives? Is that the fault of the test kit or the fault of that which they are testing? How far up your nose do you shove your swab?

(Yes I know all about diabetic finger-prick testing and can bore you extensively about why that is the exception that proves the rule! – look up the terms “accuracy and “precision”)

I got to work, took a deep breath, and did my bit. Properly. In a laboratory governed by all sorts of regulations and control measures. As it should be.

As I walked out at home time I phoned my Dad. He said they’d had snow in Hastings today. And wasn’t it cold this afternoon? I’d arrived at Maidstone at quarter past seven this morning when the car’s thermometer told me the temperature was ten degrees. The same thermometer said the temperature at four o’clock this afternoon was three degrees. (there’s a hint there about the reliability of diabetic finger-prick testing if you are paying attention !).

Once home I walked the dogs round the block. It was *cold*. So much colder than this morning had been, but the dogs didn’t seem to mind. We had a good little walk, and didn’t woof at anything. As I walked so my phone beeped with a text message from the local hospital (where I’m hopefully getting my nasal re-bore next week). They’ve arranged for a PCR COVID-19 test kit to be delivered to me this week as they want a test result they can depend on when I do it this Saturday.

Didn’t I rant about that sort of thing earlier? And doesn’t their wanting a PCR test prove the validity of my rant? Go me!

Today is certainly something of a “valid laboratory procedure” day, isn’t it?  Hope it warms up for tomorrow…