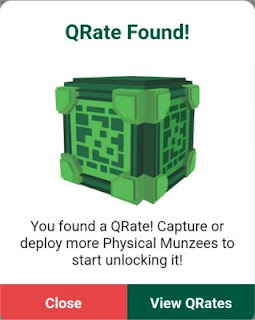 Once the puppies had tiddled they went upstairs as they usually do. Within minutes they came trotting back downstairs with “er indoors TM” who was not happy that Treacle had just been sick on the landing. She’d thrown up seemingly endless fragments of tennis ball; I wish the dogs wouldn’t swallow that which they shouldn’t be chewing. “er indoors TM” busied about whilst I scoffed toast, did another COVID test and then sorted undercrackers. The whole point of sorting undercrackers at six o’clock in the morning was that the puppies would be upstairs asleep; it was a shame that Morgan kept trying to run off with them.

I left home a few minutes early. With today being the start of Munzee Clan War I went to Singleton Lake and munzed half a dozen greenies in the hope of getting a Qrate (as you do). I got two (including a diamond one) which was something of a result.

As I munzed round the lake I saw a couple of chaps fishing. Despite all the signs saying "No Night Fishing" they had obviously been there all night. Cheeky(!)

And then I set off west-wards to work. As I listened to the radio as I drove through the -hursts and the -dens there was some economist being interviewed on the radio about Liz Truss's claims  about what she will do if she gets to be Prime Minister. This chap may well have been a leading light in David Cameron's government but he certainly was rubbish at being on the radio. He would utter a few disjointed words (none of which ever made a coherent sentence) and then laugh out loud at something that only he thought was funny. And in between gibbering he would hesitantly and nervously offer "yeah... erm... you know..."

I've said it before, but some people really shouldn't be on the radio. Why can't these interviews be pre-recorded, and not broadcast if they turn out to be unintelligible?

And then there was an interview with some Chinese diplomat who was up in arms about Nancy Pelosi's visit to Taiwan. Ms Pelosi is Speaker of America's House of Representatives (apparently that is quite important!) and despite the advice of pretty much everyone she'd gone to Taiwan to annoy the Chinese.

Though if the Chinese diplomat being interviewed was in any way typical of his countrymen they seem rather easy to annoy. Apparently what Ms Pelosi has done has aggravated some squabble dating back from 1959. If we are going to dwell on trivia from five years before I was born we'll never get anywhere, will we?

Work was work... busier than yesterday but despite an altercation with the Duffy blood group system it wasn't as bad as it might have been.

And I came home to find Treacle very much under the weather with what looks like a rather bloated tummy. She’s going to the vet tomorrow…