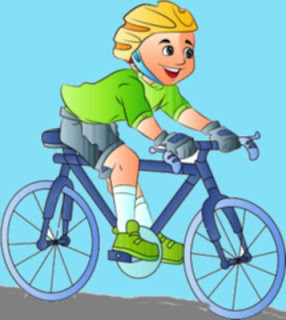 The alarm woke me this morning; not a usual occurrence. I blame yesterday's night shift. Am I too old to still be doing night shifts? I chivvied the puppies into the garden and went out with them. Yesterday afternoon I left the back door open and let them come and go. After coming and going followed by a couple of hours of having been sitting with me, Bailey suddenly threw up far too much semi-digested dog poop (how delightful!), so this morning I wanted to be sure she wasn't eating that which she shouldn't.

With poops done (and not eaten) the puppies flew upstairs before I could catch them. I thought about retrieving them, but I could hear Treacle growling at them. I stayed well out of it, and watched "Orange is the New Black" before setting off to work via several Points of Interest. (It's a Munzee thing)

As I drove I listened to the news. Ex Prime Minister David Cameron once referred to Boris Johnson as a "slippery piglet" referring to his ability to get away with pretty much everything and anything. He looks set to get away with the latest scandal, having now supposedly been aware of all the allegations surrounding the so-called "sex pest" MP Chris Pincher. Far too much air-time was wasted on the matter; the Prime Minister has got away with far worse. Having appointed someone to the office of deputy chief whip despite their having a chequered history is peanuts compared to what he's done in the past. And (in his defence) from what I can see, there's precious few MPs without some scandal or other in their past from whom the Prime Minister can choose.

Meanwhile out old friend Science has suggested that only lady cyclists should use the saddle. Male cyclists should cycle in a standing position to avoid injury to the "flowers and frolics"... One lives and learns.

I did my bit at work. At tea break I had a message from an old trainee. For many years I oversaw the training of students. Each student would spend up to four years going through a course of formal training and studying before eventually becoming state registered. I would liaise with their university tutors, setting and marking a lot of their work. I would oversee their professional training. Over this time each one had smiles and tears. Over the year there were twenty-five of them; I remember them all. One or two have left professional blood testing. Most have stayed in the NHS and have moved on. Most are now in far more senior positions than I have ever held.

One is now a senior manager in the private sector… and wants me to come work in her lab… Do I want to? Ten years ago when I was in a very different place (both literally and metaphorically) I would have jumped at the opportunity. Now… I’m quite content where I am, and just want a quiet life until I retire.

But I do miss my trainees.

Do they do night shifts in the private sector?
Posted by Manky Badger at 9:11 pm