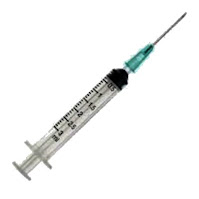 I made toast and scoffed it whist watching an episode of “Motherland”; yet another series I seem to have missed on its first time around. And with telly watched I peered into the Internet. Facebook was much the same as ever. Those (mostly teachers) who’ve often berated me for supposedly having so much time off work (not seeming to think that night and weekend work counts for anything) were complaining about how endless the Christmas holidays seem to be. Those who live fifty miles from any coast were suddenly experts on the UK fishing industry and were up in arms about the government’s supposed betrayal of the UK’s fishermen in the Brexit deal. Has the UK got any professional fishermen any more? Back in the 1970s the fishmongers of the historic Cinque Port of Hastings were getting their supplies from Billingsgate as the local fishermen didn’t bring in enough to supply the town, let alone the nation.

It was cold as I went off to find my car, but not as cold as it might have been. Again the forecast snow and ice had come to nothing, and I was glad to see the motorway was now open... but probably nowhere near as glad as the drivers that had been stuck on it over the long Christmas break.

As I drove to work today the pundits on the radio were pretty much ignoring the burning issues of the day. Today's guest editor Margaret Atwood (who?) seemed to have an axe to grind about Canadian history.  There was a lot of talk about the persecution of the Inuit (Eskimo) people, likening the early Canadian settlers' treatment of the locals to the Holocaust. Was it that bad? I don't know, but even if it was, what on Earth can be done about it now?

I got to work; I did my thing. At lunchtime I slipped out and joined the queue for the COVID-19 vaccination. I filled in my questionnaire, had a chat with the doctor, had a chat with the nurse, and had the injection. As did a *lot* of other people. It is daft - I don't mind having blood taken. In the past I would let the trainees practice taking blood from me. I am covered in tattoos (and that *hurts*). But I really don't like injections.

And with injection done I sat and carried on doing my thing with a throbbing arm... but the arm which was throbbing was not the one that the injection had gone in to. What was that all about.

Just before I went back to work I posted to Facebook to tell the world that I had had the jab in the hope I might scare up some crackpot reaction. It has to be said that I had been hoping for "you must be mad - no one know what is in that untested muck – my grannie’s cat’s girlfriend said that Elon Musk uses the co-called vaccine to inject you with tracking microchips" reactions from people who have no idea what is in their tattoo ink or what makes their sparkly gin so glittery. But all I got was support and mild jealousy that I got the jab so early. Perhaps the nut-case element were safe in their tin-foil helmets?

I came home via Aldi as I was short on shower gel. Whilst I was at it I got one or two other bits and bobs, and tried not to scream out loud as about fifty or so of the Great Unwashed blundered about utterly   oblivious that there were forty-nine or so other people in the shop. As I walked out a colleague of mine was walking in. I warned her that no one was watching where they were going. The two people following me had the good grace to go red, look at their feet and mumble apologies.

I came home to an empty house… I say “empty” – there were more dogs than sense but "er indoors TM" was missing. I wonder where she’s gone – I wonder who will cook my tea?
Posted by Manky Badger at 5:48 pm