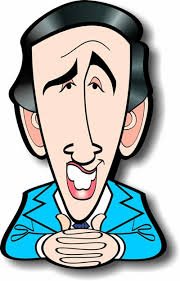 I've always said that I like the night work. Perhaps I'm getting too old for it, but the night work does seem to be getting busier and busier these days.
As I worked I had the radio on. The pundits were all a-twitter about the Prime Minister's meeting with the other heads of the EU countries. It strikes me as rather strange that Boris Johnson doesn't agree with him but Angela Merkel does. As do the French and Irish Premiers.
I don't envy the Prime Minister. His party made the European Union a scapegoat for all the ills of the world. And having done so they now have a mountain to climb to convince the general public that (for all its failings) we are *far* better off being a part of the EU than we are being out of it.

I got rather fed up with hearing about the euro-situation, so I turned off the news and listened to musicals on You-Tube during the small hours. "Joseph and his Amazing Technicolor Dreamcoat" was followed by "Little Shop of Horrors", and eventually the day shift came in and I went home.

Last night I'd popped into "Go Outdoors" and bought a small whistle. A long time ago "Furry Face TM" would come to the sound of a whistle. But I kept forgetting to take a whistle out. This one hangs on my key ring so I will always have it with me. I tried whistle training today as we walked. "Furry Face TM" has completley forgotten about whistle training. We shall have to work on it.
I had a bit of toast whilst watching more new Alan Partridge, then took myself off to bed.

Seven hours later I woke up again. A pizza, more Alan Partridge, and I'm off to another night shift. The days between the night shifts can be rather dull...