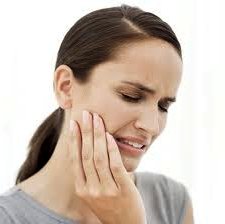 For all that I slept for over seven hours last night I still woke feeling like death warmed up. Perhaps I'm sickening for something?
Over brekkie I had a look-see on-line. A new geocache had gone live locally. But after yesterday's debacle I didn't go chasing the FTF. One went live yesterday afternoon and appeared to have been found within minutes. A couple of hours later I received a message from the supposed finder asking if I'd got the First to Find. After a bit of to-ing and fro-ing it appeared that the thing hadn't been found at all, and I never did figure out why it had been claimed as found when it hadn't. It later transpired that it had actually gone missing before it was ever found.
I've left both of these two new ones. They will come in handy as calender-fillers.

I then drove over to the hospital for yet another out-patient appointment. I'd had another aspiration of my neck a few weeks ago. The one they did several months ago biopsied part of my neck with which I never had a problem but supposedly couldn't rule out anything nasty and so for the last eight months we've been messing about with a problem that (realistically) never existed. Today I saw a new chap that I'd not seen before. He gave me the all-clear, so having had the all-clear I politely suggested they might now examine the lump that *was* giving me grief. The specialist immediately found the lump. His immediate comment was that this was nowhere near where they've been biopsying.
I sighed, and explained that I've been saying that for months.
This chap sent me for an X-ray of said lump. The feeling is that his lump is a blocked salivary gland; not entirely unlike gall stones or kidney stones. I've got to go back for a dye injection and more X-rays. But at least the right lump is being investigated now.

I then drove round to see "Daddies Little Angel TM" and "Stormageddon - Bringer of Destruction TM". My mum and dad were visiting; we bandied insults and when they wet off homewards I took a car load of their rubbish to the tip (including a broken chair). When we got to the tip the "helpful" tip staff watched me struggle to get the broken chair into the skip. They *could* have got off their arses and help. They chose not to. Whilst I struggled I managed to gash my hand on a broken protruberance on the chair. there wasn't *that* much blood.

I came home and took "Furry Face TM" round the park for a walk. As we walked I checked up on one of "er indoors TM"'s geocaches (we usually walk past it). It wasn't there. Mind you I soon located it. The previous finder had clearly thought it would be better hidden a little way away. I wish people wouldn't do that.
Other than that that the walk passed off without fuss. With our walk done I filled the washing machine and then scoffed a sandwich whilst watching this week's episode of "Mrs Biggs". I do like that show; Sheridan Smith is *very* good in it.
I hung out the washing then spent the afternoon on week two of my Coursera course. The lectures on creation of elements were quite familiar, but the ones oh the Higgs boson were not. The professor seemed to go from very familiar ground to stark nonsense very quickly indeed. But I passed the tests (which is the main thing).

I then spent a little while struggling with a geo-puzzle. I have a plan for a walk in a couple of weekend's time. There is a puzzle cache icon right in the middle of where I am planning to walk. After an hour or so I solved the puzzle only to find that we won't be walking within two miles of the actual final position.

Pausing only briefly to put salt on my pancake we had a quick bit of scoff before the clans gathered for the Tuesday thing. I've missed that quite a bit recently...