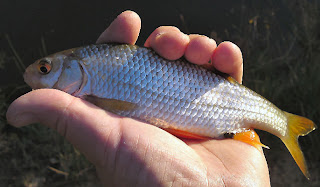 I woke with a terrible aching in my stomach muscles. I suspect yesterday’s little altercation with the mud at the fishing pond probably had something to do with this. Yesterday I mentioned our wet carpets – despite having had torrential rain all night long the weather forecast predicted a dry morning, so I dragged the wet carpets to the washing line to try to air them out. Even if it poured hard on them all day long, they couldn’t stay where they were.

I then took the costumes from Saturday back to the hire shop, where I met up with other party-go-ers returning their kit too. We chatted, and all agreed what a wonderful time we’d had. Talking of Saturday’s party I then dropped off a memory stick full of photos with the birthday boy, and then on my way home popped in to B&Q for a dustbin; I needed something to put garden waste into, and traditional canvas composters just go smelly, so I came home with a plastic dustbin, and hacked back the jungle coming over the fence from next door. I did plan to mow the lawn, but it was very wet, so I set about my correspondence instead.

As is so often the way I’d let my letter rack get to what could only be described as “overflowing” before I dealt with it. First of all the bank and credit card statements. Usually I’m very good at keeping track of what I’ve squandered my money on. Not so good this month, finding loads of expenditure of which I’d not made a note. I effectively wasted two months worth of money in August. Oh well; I’ll just spend a little less on beer next month. It was just as well the bank had also sent a letter confirming my overdraft arrangements. I must admit I’m rather cross with myself – I like to think I’m good with my money; clearly not this time.

Aviva had sent me several offers of cheap motorbike insurance, as had Carole Nash. I didn’t have the heart to tell them I’ve not ridden a motorbike for seven years. PlusNet offered me the best broadband I would ever see. To me it looked like all the other broadband offers I could see. ActionAid sent another begging letter. I wish they wouldn’t; I’ve told them they get their bit each month. The leccie company had written to me to tell me that emails were bouncing. I blame the anti-spam software; it can be somewhat over-zealous at times. And the Aspinall foundation sent their newsletter with the free entry voucher. Must actually use that this time; I always forget about it.

I then tried another plumber to see if they would service my boiler (!) So far despite promises to call back, no one actually has yet. The chap I’ve tried is in Tenterden and has good recommendations on-line. The lady answering the phone seemed keen to take my details. I wonder if he’ll phone. I’d like to think he will, but to be honest my hopes aren’t high.

After a quick sarnie for lunch I had another look at the lawn. It wasn’t *that* wet, so it got mowed; it hadn’t been done for three weeks, and really needed doing. I then got the carpets off of the washing line. One was dry, one nearly so. But judging by the colour of the sky if I’d left them there much longer they would have got very wet, so I put them back where they belonged. I did have a hankering to go fishing this afternoon (to make up for yesterday’s episode), but I didn’t fancy another afternoon in the rain. I then spent a couple of hours on the comet presentation for the astro club. It still needs quite a bit of work, but it’s getting there. And just as the afternoon was all but over, the sun came out. A glorious evening, so I went for a couple of hours fishing...