A late start, so I had the morning to waste. I started off with a trip to the dentist. I see they’ve now got six different dentists working there. I sat with the “great unwashed” for five minutes before being called in. I was in the chair for two minutes whilst the chap voomed around the inside of my cake hole with a mini camera. He then showed me the cracks in the filling which he will replace tomorrow. Just as well I’m on another late shift then.

And then home again to find the postie had called. He delivered my television licence. I begrudge paying for it. I’ve found a website which shows where my money goes. Nearly eight quid a month goes on the ten TV channels operated by the BBC. Yes – ten. I watch BBC 1 when Doctor Who is on, and other than that, I don’t think I watch any of their output. Two quid a month goes on their sixteen radio channels. I listen to Radio Four on the way to work and back, and occasionally at work when it’s my turn to skive. Sixty six pence a month goes on their on-line services. For me that’s sixty six pence each month for a weather forecast that rarely bears any relation to actuality. And one pound thirty five pence a month goes on various vaguely unattributed sundry expenditure. I see that translating the licence into Welsh is one of the things this one pound thirty five pence is wasted on.

So to summarise the licence fee: twelve quid a month gets me fourteen episodes of Doctor Who each year, half an hour’s radio a day, an unreliable weather forecast and the opportunity to have the thing translated into Welsh. Wasn’t the government talking about giving the public value for money a while back…?

Brekkie, and time to check my emails. I see my blog has been nominated for an award. Every day as well as writing my own blog, I read several other blogs. Those of my friends and acquaintances are linked in the panel to the right. I was invited to nominate seven other blogs for awards. I spent half an hour trying to do so, but gave up. I got down to a shortlist of ten, but seven? – I couldn’t get it down to seven.

Talking of blogs, this morning I read something in one of these blogs where a fellow blogger intimated that his relations with some of his neighbours are somewhat strained. This has got me thinking – for years I thought it was some failing in myself which was the reason for my poor relationships with neighbours.

As a child we lived next door to a shop on one side (no real relationship at all) and on the other side lived “Old Granny Gutsache”; a pinch-faced old battleaxe if ever I met one. I can’t remember her ever saying anything that wasn’t a complaint. When I was ten years old we moved house and very soon fell out with the neighbours there. When I left home I moved into the nurses home at the old Ashford hospital and spent the most miserable fortnight of my life there, trying to co-habit with the most antisocial misfits I’ve ever met. From there I moved to a flat in Folkestone where in two years we never saw any neighbours. There then followed what was in retrospect a blissful five years in Kingsnorth Road where we got on well with both neighbours.

We’ve been in our current house for nearly twenty years. On one side the first set of neighbours were a sour, bitter childless couple whose only interest in life was “peace and quiet”. Why people who were so obsessed with “peace and quiet” would have bought a house on what was at the time the main “A” road out of Ashford is anyone’s guess. They eventually moved out, and were replaced with a chap with whom I am slowly getting back onto speaking terms. A few years ago there were some rather nasty solicitor’s letters to-ing and fro-ing in which this chap was formally told that I did not need his approval or permission to lead my life how I wanted to. On the other side we’ve had a succession of temporary neighbours to finally end up with the current lot – a pleasant enough bunch, albeit with some rather noisy dogs.

I’m glad to find out I’m not the only one who has problems next door. 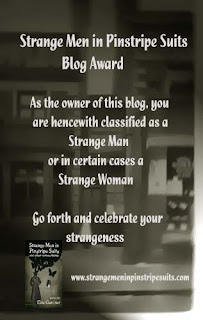