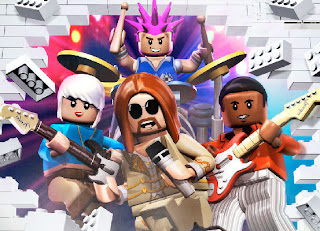 Yesterday there was an interesting article on the radio that has made me think. There was a discussion about the illegal redistribution of copyrighted materiel, both on the Internet and through pirated videos and DVDs. Fergal Sharkey was on the panel, representing the views of the music industry, and there was also a chap whose company had recently been sued for millions because of their file-sharing technology. The thrust of the program was that blagging films and music off of the internet was a bad thing. Illegal, yes. But bad? I don’t know…

As a child I would buy records from time to time, as would all of my friends. And we would all lend each other our records so we could copy them onto cassette tape for ourselves. Absolutely everyone did it. It was illegal then, as it (probably) still is, but the panel on the radio show admitted that no one in authority was ever that fussed about a few boys swapping records in the classrooms. Apparently things today are different. The next generation of kids aren’t swapping records in the classroom; they are swapping records over the internet. The amount of copying remains the same; it’s just done over a larger distance. But the principle remains the same, surely? I can’t see how my hypothetical copying of a record belonging to a mate who lives down the road is any different to my hypothetical copying of a record of someone I’ve never met who lives in Aberystwyth.

Or can I? It is very difficult for those involved with tracking copyright theft to crack down on kiddies swapping music in the classroom. Or anywhere, come to that. There was once a sci-fi shop in that did a roaring trade in iffy Star Trek VHS videos, and the Ashford computer fair had the “hooky DVD” stall. Both were in business for years. Admittedly one is now closed, and the proprietor of the other (so I’ve heard) did get nicked, but it took some time for them to get caught. File sharing on the internet is so much easier to track down, and is a much easier “nick”.

Now I’ll admit that this sharing of media is illegal. I said as much in today’s first paragraph. But is it a bad thing? In my book, (and this is my book), “illegal” is a very different thing to “bad”. It was the view of some of those on the radio show’s panel that file sharing denies income to the various music and film industries. One of the most vociferous members of the panel was a poet complaining that people shouldn’t be able to download her poetry for free; if people wanted her poetry then they should pay for it. After all, this was her livelihood. Professional poetry. I can feel my blood boiling at the thought of it, but I shall endeavour to remain objective. I suppose they are entitled to their income, even though my gut reaction is that the professional poet might be better advised to get a proper job. (Sorry to any professional poets reading this, but that’s how I feel).

I can’t help but wonder how much money the professional poet makes. I can make a reasonable guess at how much the professional musician makes. In February I went to see a live band – a good band, but not in the league of those who are complaining about copyright infringement. Tickets for the show I saw were fourteen quid each, and the theatre had 231 seats (I’ve looked it up). Not all were sold, but from what I can remember, and from what I’ve seen on the theatre’s website I think it’s fair to say that the band went home with a clear profit of over two thousand quid that night. There were six of them, and from their website I see that they are performing twice a week. This gives them each an (estimated) annual wage of over thirty thousand quid. I don’t think anyone would begrudge them that, even if they are only doing half a day’s work twice a week to earn that wage. However when you look at the big boys – for example some of the bands playing at the O2 arena, it’s a bit different Tickets are fifty quid each, and the attendance is measured in the thousands. With the profit they are raking in from live performances, they can hardly claim poverty. And are they really losing any more money to file sharing than they lost to me and my mates copying records all those years ago?

Or take the film industry, which is really suffering (apparently) from the revenue lost to the video pirates. The radio show told us that there are a lot of people behind the scenes that we don’t think about – camera men, sound men, producers, best boys, etc. All of whom will be out of a job if the film doesn’t make money. But is the film industry that strapped for cash? To take one example, if the star of the film was to take a pay cut and be paid merely twice that which the British Prime Minister earns for the years’ work rather than the millions she was paid, then the cash saved would pay a very decent year’s living wage to over one thousand other people.

Meanwhile firemen who actually deserve a decent wage get a pittance. And (somewhat closer to home) lifeboat crews do it for free. Perhaps those who should benefit from the monies legally due to them because of copyright law have been benefiting just a little bit too much…?