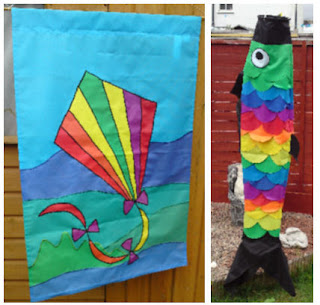 Much as I like going camping, you can’t beat sleeping in your own bed. One of the best bits of my own bed is getting out of it. You climb down onto the floor, rather than (when camping) climb up off of the floor; so much easier. And talking of camping, over the weekend we managed to break two kettles. The original plan was to take them back to the shop yesterday afternoon and go fishing today. But yesterday afternoon I couldn’t be bothered to go to the shops, and today was raining so I wouldn’t have gone fishing anyway.

Batty arrived at 10.30am, and we collected Martin and set off to Camping International in . The woman on the till’s face fell when she saw me walking in with what were obviously faulty goods. I commented to her (in a cheery tone) that she must get fed up with people bringing things back to complain. Bearing in mind her face would probably have cracked if she had smiled; she grunted and called for the manager, who arrived (seemingly) some six weeks later. He took one look at the kettles, rolled his eyes in despair, and didn’t even quibble. Would I like a refund or exchange? I suggested I had a credit note against what I was going to buy this morning, and that idea was greeted with amazement – no one had ever come up with that one before. But the manager was very happy with the plan, and I had money off of my bill. So we pootled around the shop, and bought a replacement poles bag for “Brown and Smelly” (our communal cookhouse tent), two new kitchen knives, some camping gas and a pink wasp trap.

We thought we might visit Whitstable, so we took the A2 east through Rainham. This is probably the road with the slowest moving traffic in the world, but eventually we were in Whitstable. The idea was lunch, so we visited a pub – the Ship Centurion Arminius. This is a pub which is regularly nominated for CAMRA awards, and has been the Kent Pub of the Year before. However, despite a decent ale selection, I’ve never been impressed with it. The food menu is rather basic, and it’s clearly a “local pub for local people”. So we had a quick pint and moved on to the kite shop.

I’ve this plan to cover the tops of the banner poles with rubber bungs to stop them ripping through the tops of the banners, so “Kites and Things” was the ideal place to get the rubber bungs. Whilst there I got a rather attractive hanging banner for a fiver, and my eye was taken by a large windsock. A very pretty windsock. The chap behind the counter didn’t know how much the windsock cost (he was covering the shop during the owner’s holiday). So I showed him a smaller windsock which was up for sale for a tenner, and I offered him twenty quid for the bigger one. He seemed happy with my offer, and at that bargain price, so was I (!) The only thing remotely similar I can find on eBay is priced over fifty quid.

Our next port of call was W.M. Camping in Sturry where we looked at the stuff and came out without spending anything. Which was probably for the best. Realising that it was now gone 3pm we grudgingly conceded that most pub kitchens would be closed, so after quickly visiting to try to buy tables they no longer sell, we adjourned for McLunch. And then home, where eBay came up trumps with a kettle which holds eight pints of water. Let’s hope the thing arrives before the end of the month…