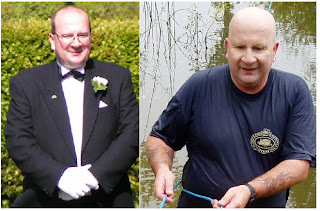 Back to the hunt for a plumber. The chap I phoned earlier in the week hasn’t got back to me, so I tried the one that had been recommended to me. A woman’s voice answered the phone telling me that plumbing and boiler services were no longer available. I went back to check adverts on the internet and eventually got through to a chap who told me he was on the job (oo-er!), but said he’d get back to me.

I then wasted an hour or so in NeverWinter before going back to the dentist. I was not impressed. Well, let me elaborate on that. The chap’s dentistry cannot be faulted, but I know him; I know he’s good. He did X-rays, a replacement filling and a general all-over gob service and I was in and out in ten minutes.

However were I a first time patient I don’t think I would have sat in his chair; I would have turned round and walked out. Clad in jeans and T shirt, and not been near a razor blade for a couple of days, he just doesn’t look the part. Whenever anyone sees me in my work attire, people are amazed to see me in a shirt and tie. Perhaps I’m just hopelessly old fashioned to think that professional people should dress to inspire confidence. From the dentists I popped into Lidl’s where, to confirm my prejudice, I was mistaken for a member of staff. When I explained I wasn’t, the woman who’d mistaken me said that she assumed I was working, because I was wearing a tie.

Last night there was a minor problem when I came to have my shower. The shower head was gone. As in missing; not there.

It’s no secret that strange things happen in my world, and I suppose in the great scheme of things losing a shower head is no big deal. But it was a nuisance. This evening the thing has returned; it wasn’t there last night. Perhaps it had been lent out to someone? I don’t know. I have my suspicions as to who was messing the thing about, though….