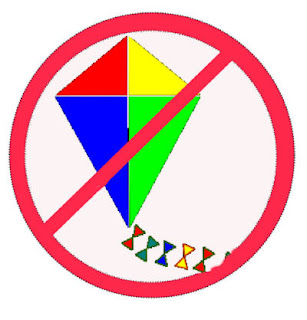 I had a really good weekend. And so, as always, Monday came hard. I quite like the late start when I do a late shift on a Monday. Or that is I like the late start when “My Boy TM ” is also on a late start. Unfortunately that didn’t happen today. He woke me (and half the county) as he left for work “as quiet as a mouse” (!) at 5.30am this morning, and I couldn’t get back off to sleep after that.

I got up an hour or so later, but in retrospect I wasted the morning. First of all on Facebook, where “The Chilli Bar” wants to be my friend. From our mutual friends, I can only deduce that “The Chilli Bar” is either something to do with kite flying, or is a shop in . Either way I’ve no idea who or what it is, and so the request got the old heave-ho. This prompted me to have another look through my Facebook friends list – I wish I knew how I did it. I have to authorise people to be on my list, and I found eighteen people on my list that I have no idea who they are.

I also had an invitation to join the “Kite Flying Lovers Association” (sic); a bunch of some three thousand people based in the University of the Punjab who are trying to overturn a kite ban which has been imposed somewhere in Pakistan. The implication of the message I received that was my clicking to accept membership would in some way count as a vote against this ban. I can’t see that myself, and more electrons went into the recycle bin.

On further research I find myself agreeing with this kite ban. Kite fighting is well and good – an established tradition and something I’ve done myself. But when it’s being done in so reckless a fashion that innocent passers by are being slashed and killed by kite lines which are coated in glass, then surely something has to be done. There have been kite bans in the – in the past I was rather vociferous about them as being knee-jerk over-reaction from the authorities. But in I think the authorities are right to ban the lot. When I go to a kite festival I have fun. But I don’t need a weapon to express that delight. However, apparently that would seem to be de-rigueur at the banned Basant Kite Festival, where it’s not unknown for people to get shot by “celebratory gunfire”.

And then I wasted some time in NeverWinter – it would seem that ghosts have overrun the sewers. I would have thought they might have found somewhere more salubrious to haunt, but what do I know? And then to Tescos to pick up some lunch. I really should leave more time for lunch shopping – the place was swarming with old biddies – an empty coach outside the supermarket led me to believe a coach party of the things had arrived. And not one had any urgency about its shopping; pootling along with all the time in the world as my blood pressure went through the roof. Do they really need to pick up every apple in the shop before eventually selecting the first one they saw? Surely they are capable of walking more than four steps in any one direction before stopping and heading off at right angles? Do they do this deliberately?

Having asked that, I know I would…