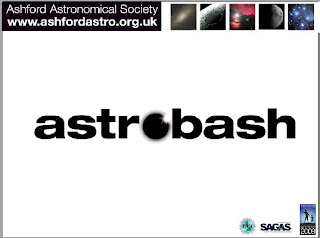 Sometimes I hate NeverWinter Nights. I’ve spent ages trekking through swamps, deserts and jungles, and now my character is stuck in the temple of total evil and is facing the indestructible hoards, and the game refuses to save. Still, it’s better that Dungeons & Dragons Tiny Adventures on Facebook. You just tell that what mission you want to do, and Facebook tells you what happened afterwards. What’s that all about? And if you’re not into D&D, then this paragraph is utterly meaningless, isn’t it…

With less than two weeks until Astrobash, it’s been suggested that I change the design template on my presentation so’s all the speakers use the same. A very good idea, with only one small drawback. I can’t figure out how to use the template I’ve been sent. I’m sure I’m being really dumb, but if any of my loyal readers are PowerPoint whizzes, I’m smiling hopefully.

I pointed up the road to where she might find . She looked at her clip board yet again, and then told me we were in . I told her we weren’t. She consulted her clip board yet again, and asked if I was sure. I had to admire her faith in her clip board. Even in the face of utter failure, she was still deferring to it. I again pointed out , and again explained that’s where could be found. And then I went in, and left her standing on the doorstep. When I left for work half an hour later, she was gone. I wonder if she found .

And then to work where the scary new secretary once again stopped me to see what tie I was wearing today. She told me she likes my ties, and looks forward to seeing what I have on each day. I haven’t the heart to tell her I’ve worn the same tie for over a year….