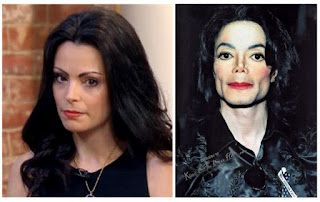 Yesterday whilst stopping off at the Cheapo Bargains shop I hid a geocache nearby. This morning over a spot of brekkie I saw that Jose had been the first person to find it. No one else has been near it today though.

I then had a quick look through the news and saw something I couldn't believe. Some woman claims she's a victim of harassment at work. Because she's so good looking (!) all the blokes at work are constantly sniffing round her, and all the women hate her. And so she's forced out of her job. Apparently. She's not worked for two years, and lives off of the charity of her parents who are giving her over fifty thousand pounds a year. Surely this story is a load of made-up rubbish. It can't be true, can it?

With washing on the line and smalls in the machine I then put Fudge's lead on him and took him for a walk. Regular readers of this drivel may recall that I worked out the location of a multi-geocache last Friday. Today I went to find that cache. After a silly ten minutes spent up a tree (for no adequately explained reason) I soon had the cache in my hand. It is one of the better local caches with a fun start and a good hide. It richly deserved the favourite point I gave it.
Whilst out I heard a sound, turned suddenly and did something to my neck. I don't know what I did; I do know that I don't want to do it again. It really hurts.

Back home, where I spent an hour or so doing homework, and then I started on this week's psychology lectures. This week we're covering perception. Quite interesting really. I did a couple before going up the road for lunch. I'd thought that as a treat I'd have kebab and chips. It was a good idea, but the kebab shop was closed so I roughed it with a sandwich and a can of Dr Pepper.
With lunch scoffed I set about domestic trivia. House hoovered, dustbins dustbinned, and ironing done. Whilst I ironed I watched a favourite film of mile - Lindsey Anderson's "If...." It's a brilliant film. It starts off as "Jennings Goes to School" in a 1950s upper-class public school sort of way and ends up in a bloodbath.
Being Tuesday the clans gathered. Having bandied insults we watched the season finale of "Merlin". I didn't fall asleep at all which was good. Must do that more often...