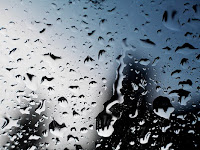 Bearing in mind the late night we'd had, we were up far too early this morning. I got the washing on to the line. The Bat arrived, and we set off to the Riverside Diner for a spot of brekkie as a prelude to the planned walk. Brekkie was good. Everyone else had pancakes and bacon; being a traditionalist I went for the Full English.
Once replete we made our way to Chilham village square where we watched the ageing bikers and their vintage machines. Keith and Amy arrived; the heavens opened, and we had second thoughts about the planned walk. Checking the weather forecast confirmed our fears, and we abandoned our plans. It was a shame, but for the next hour or so the weather alternated between glorious sunshine and torrential downpours. If we'd gone on with the walk we would have got soaked, dried out, got soaked again, and carried on in that vein. And the fields would have been muddy.

So we came home. My laundry on the line was still wet. I left it out in the hope that it might dry. It did. The afternoon turned out to be lovely, and we stayed home, did nothing, and I got rather bored. Mind you, I did spend quite a bit of the afternoon feeling somewhat light-headed. I hope I'm not sickening for something.
"My Boy TM" and his entourage came round during the afternoon. Home from their holiday, and despite bouts of sickness they all enjoyed themselves. They collected Fudge and took him home. The house now seems somewhat emptier with him gone.

With absolutely nothing else to do we watched some of the Olympics on the telly. Synchronised diving - what on Earth is that all about? Certainly it's an activity which requires skill. But an Olympic event? Like any of the events which are not scored on distances or times but on a judge's opinion, how can it be anything but subjective? Then there was Olympic tennis. Tennis? Is there any place for tennis (and football come to that) at the Olympics? Surely those sports are done to death on an international basis elsewhere?

Perhaps I'm ungrateful. There are people who don't do anything with their lives, and actually would welcome an afternoon spent sitting in front of the telly watching random sporting events. Me - I was *so* bored today. I found myself ironing some shirts just to have something to do...