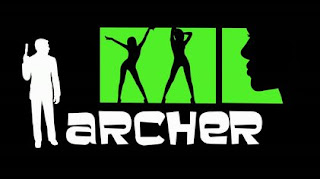 As I drove home from the late shift the pundits on the radio were discussing last night’s television. The leaders of all of the UK’s main political parties had featured in a live debate. All but one… The Prime Minister didn’t show.
That surely speaks volumes.

I didn’t come straight home; instead I picked up "My Boy TM"; I’d dragooned him into helping me for a few minutes. I needed help carrying a fence panel home from B&Q; he was adamant that it would fit in my car. However he was also of the opinion that fence panels were seriously cheap in B&M Bargains as was fishing bait.
We drove to B&M Bargains to find that not only were the fence panels far too big to fit in my car, but B&M Bargains wouldn’t open for another half an hour.
We went to B&Q, got the fence panel and carried it home. I wasn’t going to pay them twenty quid to drive it round the corner. We walked back to B&Q’s car park to get my car, and I drove "My Boy TM" home then came home myself.

Fudge still isn’t right. I fed him his brekkie and slipped a tramidol into it. He then wandered around in a dopey daze; periodically yelping in pain as he walked awkwardly. I settled him in his basket and told him to stay put.
I made myself a spot of brekkie and had a look-see on-line. My piss boiled somewhat. A few years ago I received a formal written warning from my then-employer for bringing the hospital in which I worked into disrepute. My crime was that I posted a photo of myself taken during a night shift with the caption “tired”. Yesterday people working for that same employer posted all sorts of derogatory things in a thread basically saying what a grotty day they’d had. And to add insult to injury, rather than taking a firm line. senior managers had seen it and clicked the “like” button.
I wonder if I really had been singled out?

I took myself off to bed and slept for five hours. Not too shabby at all. I woke and watched an episode of “Archer”; I’d seen adverts for the show. It looked funny but it wasn’t. It was just American rubbish with canned laughter played at random intervals. What a disappointment.

I put on some old clothes, and got another fence panel painted before "er indoors TM" boiled up a rather good bit of dinner.
I’m off to another late shift now. Historically the day between two night shifts was always dull, and it seems that nothing has changed…