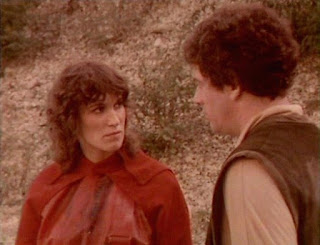 The puppy had a good night; which is more than I did. I saw every hour of the night. I know we did the right thing in having her spayed; we are in no position to have litters of puppies about the place. But I still feel (very strongly) that I’ve done something horrible to the little dog.
I’m silly like that.

Over brekkie I watched the second episode of “Jamestown”; a drama set in one of the first colonies in Virginia four hundred years ago. This morning’s episode featured women being accused of witchcraft following sickness in the village, and nearly being burned alive (by the local vicar) for having a birthmark. Fortunately the day was saved when it was discovered that the local drinking water had been contaminated by sewage. It is rather worrying that his sort of thing really happened four hundred years ago. And even more worrying that in the meantime many people still cling to such ridiculous superstitions.

I sparked up my lap-top and had a look-see. I had an email about a supervisor role in the sister hospital of the place where I work. Did I want to apply for the position? Not really. Having been in supervisory roles before I’ve never been as content in a job as I am right now, I’ll stick with what I know.
The South Ashford Community Forum email arrived. The Travis Perkins yard up the road is to go and be replaced with thirty-one apartments, and there are plans to build a café down the road.

I then set off to work on a rather wet morning. As I drove the pundits on the radio  were talking about the recent terror attacks, and talking about how they have supposedly been using social media for organising themselves as the encryption is so good. There were various theories as to whether the authorities should be able to snoop on private messages. On the one hand people’s business is private. On the other hand the stuff I put to friends on Facebook Messenger is hardly earth-shattering.
Perhaps if we stopped pussy-footing around with these terrorists…?

I got to work and did my bit. I came home through torrential rain and rainbows, and once home I took my convalescent wolf-pack for a walk. You wouldn’t think that only a week ago Fudge could barely walk and Treacle had had a hysterectomy yesterday.

"er indoors TM" boiled up a rather good dinner, then (seeing how it was Tuesday) we set off to Willesborough where the clans gathered. We fussed the cat, and watched “Blake’s Seven”; an early episode in which there was Blake, and there was seven of them…