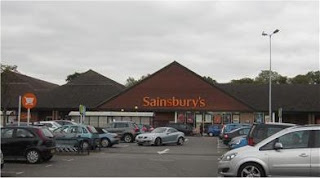 Over brekkie I watched the first episode of the third season of “Dark Matter”. The first season was really good, and when the second season aired I was a tad disappointed. For all that the show was good, the plot relied heavily on what had gone before and not remembering what had happened rather detracted from my enjoyment.
Today’s episode was even more marred having not remembered the first season and not understood the second. But it was a good way to wake up slowly.

I then had a little look at Facebook and my piss boiled somewhat. A vague acquaintance was having a grumble about all the ongoing political posts appearing on social media. The gist of his rant was that voting made no difference because all the political parties were all the same. And on reading his rant “all the same” meant “not interesting to him”. I’ve now defriended the twit (I never really knew him that well anyway). He was continually posting half-baked nonsense proving he had no understanding of current affairs. I think he might have been one of those who (seriously) was ranting about the recent British participation in the Eurovision Song Contest as a thinly veiled attempt to repeal the Brexit referendum.
And they let people like this have a vote which is worth the same as that of someone who takes hours researching the issues at hand…
I also saw ex-colleagues posting about the downgrading of the hospital where I used to work. It would seem I was right to have jumped before I was pushed.

As I drove to work the pundits on the radio were discussing the terrible fire in a high-rise block of flats in London. As a child I can remember seeing a similar block of flats in Hastings and realising that with only one staircase, anyone above any fire was going to burn. Also I can remember wondering why the thing was built far higher than any fire hose could spray water. Surely this isn’t rocket science? And there are flats like this all round the country.
The pundits also interviewed some woman about something or other. I have no idea who she was or what she was talking about. She just mumbled and muttered for ten minutes. What a waste of prime radio time. Don’t the radio people tell interviewees to speak up and enunciate?

I had intended to go to Aldi before work but I made such good time that I was there long before opening time. I went to Sainsbury’s in Aylesford instead. When I came to put my purchases through the self-service till some interfering olf busybody (in Sainsbury’s uniform) snatched my shopping and ran it through the till for me in a rather patronising manner. I considered telling her to knack off. I considered telling her that not everyone is as thick as she clearly was. But I didn’t. I just smiled sweetly.

I got to work early and did my bit. Once home I ran the dogs round the road. I say “ran”; it was a rather slow dawdle. "er indoors TM" boiled up a rather good lasagne and we scoffed it whilst watching telly…
We do that.