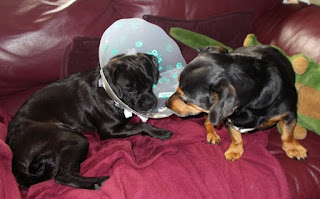 This morning as I scoffed my brekkie there was a lot of anti-religious sentiments being expressed on Facebook in the aftermath of the London terror attacks. A couple of points raised amazed me.
There was a vicar who (in amongst the nonsense he was spouting) said “for the past 40 hours I have literally been on my knees praying for a change of heart for all humanity!” and he went on to say ”I can't make anyone but then if He doesn't exist we only have a hate and an evil created by ourselves.” I can so relate to this. This is the very reason why I gave up with organised religion. I was once incredibly religious (I was a Steward in the Methodist Church) but I stopped all of the religion when I finally realised that I didn’t actually believe a word of it; I was just desperately hoping that there was a God who cared (despite the apparent evidence to the contrary) because the thought of a universe without a God like that was rather scary.
How is it that religions seem to have captured the moral high ground anyway? Surely people can do the decent thing without an all-powerful supernatural force in the background forcing us to do its version of "right"?
Several other people were making calls to “send them all back where they came from”. A rather easy statement to make, but in the first instance who are “they”? And where is it they come from? It worries me that many of those being seen as targets for public hate are UK citizens who are part of families that have lived here in the UK for many generations. Most of the people in the UK are descended from immigrants at some point or another. I can trace my family as UK natives back to 1760; I wonder if those banging the racist drum can do so?

I then wasted half an hour trying to find my electric drill. Eventually I gave up. I then took Treacle to the vets. Today was the day of her operation. Spaying day. I took her in to the nurse, did all the admin and left her there. The puppy seemed so happy. I wasn’t.
I then crossed the road and took my stress out on the incompetent supposedly running the hardware section of B&Q. He can gossip with his cronies in his own time. I got myself a cheap (very cheap) drill and then went on to the dentist for half an hour or torment with the hygienist. My gob feels better for it, but the time in the chair wasn’t fun.

Once home I took Fudge for a walk. A very small walk; ten minutes. But it was his first walk for ten days, and he seemed to manage it all right. There were no whimpers of pain. Hopefully he’s now on the mend.
I then used my new drill to put screw holes into the custom-made bit of fence that I wanted to put back in place this morning. I got the screw holes drilled and wrestled the bit of fence into place. It’s not quite right; it needs a push from the other side. I’ll get nice-next-door to do that when I next see them.

I then loaded up the scraps of the old fence panels into my car. As I was doing this the chap who played “Rod” in Saturday’s production of “Avenue Q” walked by. I stopped him and told him what an excellent show they’d done. Then I set off to the tip. If only the bin men would take fragments of fence away.
I got to the tip and found the place was rather crowded, and pausing only briefly for a spot of McLunch I then did a rather busy late shift.

A late start made for a late finish. "er indoors TM" had collected the baby form the vets. She was rather subdued, but still more lively that I would have expected after having had a total hysterectomy.
Poor little thing… it’s a bit late to be having second thoughts about having had her done…