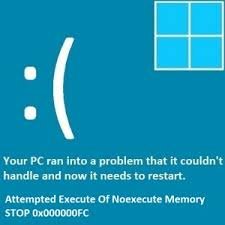 With a little time to spare I got my lap-top going and stared into cyber-space. I had a letter from geocaching HQ telling me about this summer’s geo-souvenirs. That will be a little project to keep me out of mischief. I was about to have a look at Facebook when my lap-top died with a message “Attempted execute of noexecte memory”. The thing booted up again, and I set McAfee loose on it in a desperate hope to sort it out.

I set off to work; as I drove my local MP Damien Green was being interviewed on Radio Four. He was being asked about all sorts of national security issues, and in true political fashion he managed to go for nearly fifteen minutes saying a lot without actually saying anything.

I got to work, and had a rather good day. I get far more of those than I ever used to only a few months ago. I made good time home, and once home walked the dogs round the road.
When we got back we saw that Shrub’s mum had called and had left baby-grows for the puppy. The “bucket of shame” hasn’t worked to stop the puppy from worrying her operation scar; she ate quite a lot of it (the bucket, not the scar). The idea is that wearing a baby-grow will stop her chewing her stitches.

I then phoned Scottish Power to complain. When "Daddy’s Little Angel TM" lived in Folkestone they supplied the power to her flat. She moved out on 8 December 2015 at which time she settled all outstanding power bills, and (while she was in temporary accommodation) used our house as a temporary mailing address.
Scottish Power have been mailing her (at our house) three times a week ever since demanding payments for her old address, even though all the payments have been made. She’s given up trying to talk to them; the people at their end know the payments have been made but are unable to sort out their computer to stop the demanding letters. I’m getting rather sick of the letters and phoned Scottish Power to ask (tell) them to stop sending their bills. Their automated system said they would phone me back in sixteen minutes time.
Half an hour later a most incompetent chap phoned back. He blathered platitudes but made it clear he would do nothing. I told him that from here on in his company’s letters would be returned unopened.
Why do these people always want an argument?

"er indoors TM" boiled up a rather good dinner which we devoured (with a bottle of plonk) whilst watching last Saturday’s “Doctor Who”. Not one of the best episodes of that show.
I think I deserve an early night…

And in closing, tomorrow is the general election. Here's my take on the choice we as a nation have to make.... (sorry if it offends) Rather than getting bogged down in a myriad of specific policies, let's take the choice down to first principles:
Realistically the country will be choosing between Conservative and Labour. There is quite a bit of bad press circulating about the leaders of both parties. Of the two leading candidates for the position of Prime Minister one has consistently voted against every anti-terror measure proposed in Parliament, and the other hamstrung the Metropolitan Police force when she got rid of twenty thousand police officers when she was Home Secretary. Neither would seem to be blameless. But I know which one I would prefer because my conscience and love for other people, far exceeds my greed for more money.