As the credits ran at the end of today’s episode of “The Job Lot” I was amazed to see that the show had a dialect coach. What on Earth does one of them do? I looked it up on Wikipedia, and whilst I was at it, I saw that they earn far more than I do. Ho hum…

I had quite a flurry of messages this morning. There is serious consternation in the geocaching world. Apparently one of the First to Find brigade went out randomly looking for unpublished geocaches last week and found one. When the things got published, this chap claimed to be First to Find. I can’t say I’m happy with that myself, but it is within the letter of the law, if not the spirit of the law. But when someone else went out to find the thing (properly) it was apparent that the person who’d claimed to have found it previously hadn’t (as the paper log inside was unsigned). A rather trivial episode? Perhaps, but for those of us who are into this sort of thing, to say this was a bit cheeky is an understatement.

Meanwhile in Bexhill a local councilor is getting stick about his Hallowe’en decorations. Hundreds support what the chap has done with his house, but a vanishingly small minority disapprove,

I’m reminded of my time as a Cub Scout leader. We had Hallowe’en fun for years until an American missionary got involved, claimed we were encouraging the kids to be devil-worshippers, and the whole thing got the kibosh. Such a shame.

But this is what is wrong with society these days. One or two vocal crackpots make a noise, and the majority stay silent at the time, then grumble afterwards when the minority have got their way.

I took a little diversion to the park on my way to work this morning (for Munzee reasons) then set off up the motorway. As I drove the pundits on the radio were talking about how the pandemic is affecting the homeless. One homeless chap who was interviewed seemed quite chirpy and was adamant that he was actually far better off than a lot of people who had homes. Apparently his “faith in the Lord sustains him”.

Perhaps it does? I was talking with a colleague today who mentioned that “everyone has to worship something” and had trouble understanding how many people really do seem to manage without having any sort of religion.

There was also all sorts of discussions on the radio about the effectiveness of lock-downs, what with an estimated one hundred thousand people contracting COVID-19 every day in the UK. That sounds a lot, but even at that rate it will still take close on two years for the entire population to get the virus.

I got to work where I had another busy day. I’m getting fed up with these. Yesterday I’d told everyone that my plan for today was to be taking it easy but that didn’t happen. I was non-stop all day and was glad when home time came.

Once home I sparked up the lap-top and tuned in to the weekly Zoom geo-meet. I’ve not been joining in with these for a while; it was good to catch up. I must admit I’d rather given up on those recently; the blatant racial hatred had been somewhat off-putting. But tonight those who previously prefixed their every utterance with “I’m not racist but…” were somewhere else.

"er indoors TM" boiled up a rather good bit of dinner, then slipped off out, Her daily Munzee challenge will take some doing. Compared to hers, my one was rather easy this morning

I think I might just have an early night, if only to see if that might shift today’s ear-worm. The theme to “Parsley Boobs” has been stuck in my head all day long today. It has been rather annoying…
Posted by Manky Badger at 9:15 pm No comments: 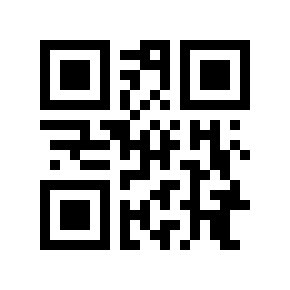 For some reason I woke feeling like death warmed up. I hoped I might chirp up over brekkie, but Sid just whinged at me constantly as I scoffed granola and tried to watch an episode of “The Job Lot”.

With telly watched I wasted ten minutes trying to add to the Christmas Munzee garden that several of us Munzers are trying to create in Knowle Park. What could have been a ten-second job took an age; why is IT never straight-forward?

I then peered into Facebook. I am still on a warning for highlighting breaches of their community standards, but those breaches continue to abound. And with no emails of note I sent out birthday wishes and set off work-wards

As I drove to work there was a lot of talk of coronageddon on the radio. There were all sorts of people being wheeled on who were insisting that the Prime Minister should change the COVID-19 restrictions at Christmas time. Some professor or other was saying that (by the strict letter of the law) many older people were now having to choose between physical and mental health. Should they avoid the virus or avoid their family?

But as the various discussions, reasonings and ranting went on it became very apparent that this was the minority viewpoint. Most of the (so-called) experts being interviewed were very much of the opinion that (what with the law having changed so often and so quickly) it is possible to make a case that you haven't got a clue what is going on, and many are doing so when challenged. Apparently most people now see the laws about how many people can meet and where they can meet (the rule of six and other such rules) as being vague confused suggestions at best, and not in any way binding. It was suggested by several of those on the radio this morning that the general public are going to have their usual Christmas this year regardless of anything that the Prime Minister might say.

Isn't this what's wrong with the country right now? The laws of the land are being seen as something that we can obey or not (depending on our whim), and then we can act surprised (with a clear conscience) when the pandemic surges back with a third wave in the New Year.

I got to the works car park, and (in a spirit of anarchy) walked round the neighborhood sticking bar-codes onto lamp posts as I went before getting on with my daily round. My daily round was a rather busy one today; I was glad when home time came round.

Pausing only briefly in Marks and Spencer (where the staff were all using face coverings as neck warmers) I came home, and "er indoors TM" then slipped out to walk round the neighborhood sticking bar-codes onto lamp posts as she went. I’ve taken to walking round another neighborhood when I stick my bar-codes to lamp posts; perhaps I’m being petty but there are those locally who are taking advantage of my good nature (if you can call sticking bar-codes onto lamp posts being good-natured).

Hopefully"er indoors TM" will boil up some dinner soon.

Today was incredibly dull…
Posted by Manky Badger at 7:39 pm No comments: 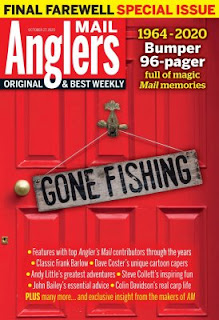 I was sleeping like a log when the most enormous crash woke me. Pogo had fallen off the bed. I’m surprised he didn’t go through the floor judging by the noise he made as he hit it.

I lay awake for a while, then gave up trying to sleep and got up. Over a bowl of granola I watched an episode of “The Job Lot” then tuned in to the Internet to see if much had happened overnight.

There was quite a bit of sadness being shown on many of the fishing-related Facebook pages as today saw the release of the last-ever edition of the ”Angler’s Mail”; a weekly magazine featuring articles about all sorts of fishing. A lot of people were sad to see it go, but seeing how not one of them had actually read the thing in years is it surprising that it is packing up?

I deployed a Munzee into the Christmas garden that is being prepared near Sevenoaks, and checked my emails. Someone had a hunt for Tupperware in Challock a couple of days ago and said nice things about my Kings Wood Munzees, and he also liked the Wherigo series I hid in the area. “We were really enjoying the walk and have never done a Wherigo quite like this before”… I think that was the reaction I have been hoping for.

I also had an email from Amazon who have been reviewing that which I've bought from them recently. They felt I might like to buy Doctor Who DVDs that had been dubbed into German?

With "er indoors TM" and all the hounds still asleep I set off to work through a rather overcast wet morning. As I drove the pundits on the radio were interviewing some religious-type who was wittering on about how both President Trump and his opponent in the upcoming election have tried to seize the religious high ground, and somehow have both succeeded. There was some amazingly convoluted reason as to why this is possible; it was something to do with religion being all things to all people, and it can be whatever you want it to be. Strange stuff, religion.

There was also an interview with the head honcho of the Royal College of Surgeons who was calling for all COVID-19 positive patients to be put into certain hospitals, and all COVID-19 negative patients to be put into others. Whilst this is an eminently sensible idea I'm sure there are laws against this sort of segregation. In a not utterly different way, when I was a cub scout leader we got told off for sticking all the bed-wetters in the same tent.

Work was work. Not one of the better days, but looking back over forty years certainly not one of the worse ones either. But I was still glad when home time came round. And once home I cornered my furriest little girl.

I spent a few minutes last night squeezing a rather purulent zit on Treacle’s belly. The soppy little girl didn’t seem at all bothered by what I was doing, even though I was giving it some stick. This evening her tum looked fine for which I was pleased.

I then spent a few minutes writing up a case study about leishmaniasis; a particularly nasty disease which is spread by some dogs (NOT mine!!!)

Hopefully "er indoors TM" will boil up some dinner in a bit. Bake Off is on soon.

Posted by Manky Badger at 7:44 pm No comments: