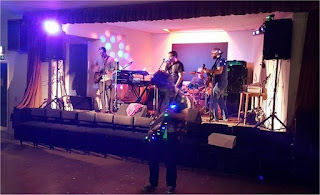 Another terrible night’s sleep thanks to the restless puppy. Over brekkie I watched the fourth episode of “Jamestown” in which bosoms again heaved. As I watched the heaving so the washing machine did its thing despite "er indoors TM" having somehow punched its dial in (literally).
When the telly finished and the bosoms had heaved their last (for this episode) I hung the washing out after wasting five minutes trying to find what the puppy had done with my garden shoes.

I then sparked up my lap-top. The photos of yesterday’s fishing tip had elicited quite a bit of interest. I had hoped that overnight a new geocache might have popped up on the way to Maidstone, but nothing had, and with no emails of note I set off to work.

As I drove to work the pundits on the radio were speculating endlessly about the shape of the future government. Now it is clear that the Prime Minister’s gamble has failed the general consensus was that she should resign, but there was no mention of a successor (yet).
It will be Boris Johnson, won’t it?
There was also talk about how the Conservative party could form a minority government. There is precedent; it has been done before. This talk of an alliance with the Democratic Unionist Party (Christian crackpots) isn’t quite the done deal it appeared to be yesterday. Mind you if it does happen then that would be one up the bum for democracy, wouldn’t it? According to Wikipedia the DUP only got just under three hundred thousand votes; about half the votes that the Green Party got, and now it looks like they will be in power.

I got to work where I did my bit on a rather busy day. I eventually managed to make a getaway, and once home I got another fence panel painted.
"er indoors TM" came home from shopping, and we took the dogs for a short walk. As we walked we met Lorraine who was an assistant cub scout leader with me many years ago. It was good to catch up for a bit.
Treacle enjoyed the walk; you wouldn’t believe she’s supposedly still convalescent. Fudge needed carrying for a bit, but he still managed a roll in fox poo in Bowen’s Field. As we walked we met a young lady whose breasts were clearly trying to escape from her unfastened blouse. As a spectator sport I found it rather entertaining.

The Bat arrived, and we went up the road to the British Rail Bowls Club for what tuned out to be a rather awkward evening.
Sarah was having her fiftieth birthday party at the British Rail Bowls Club. I wasn’t going to go as there would be a lot of members of the astro club there. I’ve given up with the club as one of the leading lights (who was once a dear friend) has made his contempt for me very public. I’ve heard how much he detests me from a range of sources (including family members) and I’ve walked away rather than continuing to offend by just existing. I was told this chap had asked if things would be awkward if he attended (you think ?!) and he had decided not to show. If he had shown up I would just have gone home again.
It was good to meet up with people from the club, but there were a couple in attendance with whom I’ve never really got on. Following a rather petty disagreement a few years ago (which most people would have forgotten in five minutes) they’ve not spoken to me since, and last night they made a point of blanking me in front of friends on several occasions. They’ve been doing that at club meetings for years and it is rather embarrassing. Especially as pretty much all of the membership know what is going on and no one is prepared to do anything about it.
A lot of people were asking when I was coming back to the club and saying how it wasn’t the same without me, whilst looking sheepishly at those to whom I was invisible. I must admit I’ve taken the thing to be a popularity contest, and I’ve admitted defeat with good grace.

But “Access All Areas” were playing; as bands go they put on a good show. Usually. However the British Rail Bowls Club has a noise meter openly visible on the wall; when the volume reaches ninety-five decibels for any length of time the electricity to the stage is immediately cut off. This makes things rather difficult for any kind of music (live or recorded) as the meter reads between seventy-five and eighty decibels when people are just in the hall and chatting.
As the band played there was a continual stream of hall staff running out to shush the band. Matt the singer did his best to keep the noise down, but when the audience joined in, the meter hit the one hundred level. The management then pulled the plug because Matt had the audacity to try to make light of it.