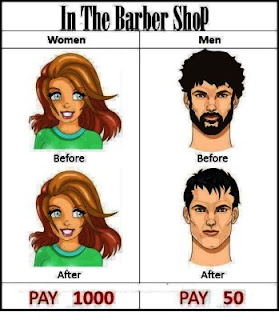 I didn’t sleep that well; it was a hot night. I woke shortly after 6am to see my little dog standing on the bed looking over the edge. He clearly wanted to get down. I took him to the garden where he did his thing, and I made myself a spot of brekkie and had a look into the Internet. Yesterday’s adventures had attracted a lot of attention on Facebook; they often do.
I also saw I’d got the offer of a boat trip. There is a virtual geocache in the Solent on an island once used by the military and is now a wildlife reserve. There is talk of a boat trip out there in September. If tides and work shifts allow I would be up for it.

With little else happening I put some old clothes and went to paint more fence. I started at 6.50am (which was perhaps a tad keen) and within five minutes had burst the gusset of my trousers (which I only mended the other day). I managed to paint three fence panels, a small shed and a little box thingy. But by 9.30am I was getting a tad uncomfortable. Getting up and down to get to the panels hurts.

We got ourselves together and set off to Bethersden. A geocache of mine had gone missing. Rather than anyone doing the decent thing and replacing it, people had just been whinging. Hiding geocaches is odd; I have thirty-eight in that series. The ones relatively near roads seem to be bomb-proof; it is the ones that are half a mile from the lanes that have issues. But a stroll across the fields and woods made for a good walk for the dogs. They even got to paddle in a small stream too.
Fudge’s back didn’t seem to bother him. He straggled; he doesn’t walk very fast. But he gets there in his own time. We walked out to the woods where there was no sign of the cache, replaced it, and came back to the car.
We then replaced a couple of "er indoors TM"’s missing caches too. However her problem ones were all roadside ones.

We came home, had a Belgian bun for lunch, then I took myself off to bed for the afternoon. I got a couple of hours sleep, but it was too hot to stay in (on) bed for long. I got two more fence panels painted before "er indoors TM" came home. She’d been to the optician and had had a haircut.
Apparently.

I’m off to the night shift now. Perhaps it might be cooler tonight.