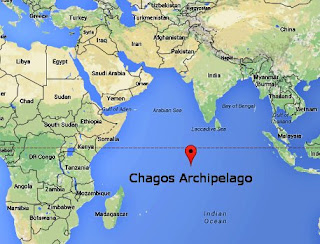 I slept like a log last night. I came down to find little Rolo waiting at the bottom of the stairs. He could have come up to spend the night upstairs if he’d wanted to, but I suspect he wouldn’t have dared. When I put on the telly to watch “Detectorists” over brekkie he settled down on the sofa and went to sleep.
Fudge didn’t stir from his basket at all. And the puppy remained asleep upstairs.
I then had a look into the Internet before going off to work. This morning social media was dull; no one was craving attention for a change. And with no emails that didn’t go straight to the bin I set off for work early in an attempt to avoid the traffic queues.

Whilst I did avoid the traffic queues I did encounter an idiot driving along Brookfield Road. Having dangerously overtaken me he then found himself behind me after the small stretch of dual carriageway leading up to Matalan. However another dangerous overtake put him in front until the dual carriageway by Waitrose where I found myself in front of him. Mind you he got back in front of me by going through the red light at the cows roundabout.
I wonder if his employer (WCB utilities) know how badly he drives. I’ve often mentioned that driving like a half-wit is best done in unmarked vehicles.

As I dove to work there was a lot of talk about the Chagos Islands. Controlled by the UK, Mauritius has a legal claim to them, and a vote in the United Nations has gone badly for the UK. The pundits on the radio were wheeling out all sorts of Little Englanders who were acting surprised that Britain no longer rules the globe.

I got to work where I had a good day. Usually I gloss over my working day. In a previous life I once posted a selfie at 6am, and got a formal disciplinary notice for having done so. (Apparently a 6am selfie brought my employer into disrepute!) and consequently I’ve steered clear from mentioning anything work-related here.
But today marked my fifth complete month at my new place of work. Today was much like any other day in the new job, and utterly unlike the last five years.
I went in. I was given a job to do, and was trusted to get on with it unsupervised. I *wasn’t* watched like a hawk by a boss who was openly looking to find fault. *No one* went through every little thing I did trying to spot anything I might have done differently to how they might have done it.
I like working where I am now. I *don’t* feel sick with worry every morning fretting about what pettiness I’m going to be lambasted about. And I very much doubt that were I refused promotion I would not immediately be asked to do the job for which I was turned down because the person they appointed (instead of me) was not capable of doing that job.
Not that I’m in any way bitter. (Is my smiley face still on?)
Interestingly I had an email today from an ex-colleague. I’m not the only person to have left where I used to work. Strange, that(!)

I came home, and after a quick tea "er indoors TM" shoved off out (as she does). I had thought about an evening’s fishing, or staging a poker night. But instead I got out the Ronseal and set about more fence. I’ve now only got five and a bit panels left to paint, but they are the more inaccessible ones.
With those done I’ll really need to paint the shed as it looks awful compared to the fences. And then landscaping. I’ve had a sudden brainwave that my monkey-puzzle tree needs a bigger pot; if I get a huge pot the excess soil from landscaping could fill it.
Where can I get a flower pot that is two to three feet wide and doesn’t cost a fortune?