I slept rather well, but woke feeling like death warmed up. I got up feeling rather grotty, and wasn’t helped by the smell of the somewhat rancid milk that I nearly poured onto a bowl of granola.
I made some toast instead, and watched an episode of “Schitt’s Creek” then peered into the Internet to see if much had changed since last night. "er indoors TM"’s fundraiser for the goat sanctuary had raised over fifty quid overnight (which was a result for the goats), but other than that I hadn’t missed much. I sent out birthday wishes, then pausing only briefly to capture a nymph and a mermaid in the tree house and a flying horse and a Puffle in the Skyland (it’s a Munzee thing) I got ready for work.

As I drove off to work the pundits on the radio were interviewing some farmer who had the arse about how a very wet winter and a very dry spring had played havoc with his ability to plant anything. Whilst I sympathised for the fellow, I got the distinct impression that he was looking for someone to blame for the weather. I also got the distinct impression (that for some inexplicable reason) that person was me.
What was that all about?
There was also talk of how some vegetarian crackpot was claiming that the recent pandemic was just peanuts compared to what will happen if we all carry on eating chickens. He might have a point; he might not. Personally I'd rather eat a chicken than a lettuce.

I got to work; I did my bit. And with a few minutes spare I wrote up a little CPD.
Having woken up feeling rough I didn’t get much better as the day wore on and came home feeling decidedly iffy. I spent an hour or so sitting quietly working on solving some geo-puzzles that had gone live during the week. I solved some; others foxed me.

"er indoors TM" boiled up a good bit of dinner, then we tuned in to the Saturday Zoom quiz. This week we had multiple choices for each question. I knew what a gharial was anyway, but we chuckled about nuns chasing llamas, but alcarraza, barchan, carcajou, demiurge, elision, felucca, hafiz and impasto could have been anything on the “Call My Bluff” round.
Usually we would have stayed chatting, but we said our goodbyes and turned the telly to the BBC news channel and watched the launch of the SpaceX taking astronauts up to the International Space Station. The first time that people have been taken to orbit by a private company…
It’s amazing… and quite possibly it could be the worst thing that will ever happen to humanity as the keys to the universe are handed to rich individuals.
Posted by Manky Badger at 8:44 pm No comments: 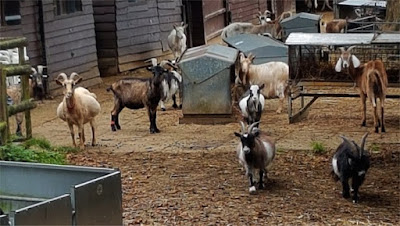 Yesterday some chap bought seven of those beer festival pint glasses I’ve been wanting rid of. This morning as I peered into the Internet I had a message asking about the rest. It would be good to send them to someone who wants them rather than send to the bin.
There was also quite a bit of talk on social media about the end of the Thursday clapping for the key workers. As a key worker myself (NHS) I really never wanted anyone to feel under any obligation to go out and clap me. I've yet to find any other NHS staff who weren't embarrassed and just a little insulted by the whole thing. The general feeling was that it was like clapping a bus driver for not crashing...
I also saw that this year’s Rye Bonfire Parade has already been cancelled. Such a shame – I’ve not got along for a while, but it was always fun.

Pausing only briefly to retrieve the bins from where the bin-men had flung them I set off to work on another bright morning but today I didn't have to brave the motorway. Instead I went cross-country to Tunbridge Wells. The roads weren't *that* busy and it wasn't a bad drive at all. As I drove the pundits on the radio were talking about how the government's furlough scheme is slowly being phased out, and they were interviewing some young half-wit about how she is being affected by this. Her job as a delivery driver is entirely self-employed, and she claimed she stood to lose all her income from that. She told quite a heartfelt tale about how her and her mother were desperate for income and struggling to maintain their previous lifestyle without that money.
However she then (somewhat idiotically) went on to say that her money earned from working in a petrol station was still secure, and that the money her mother gets for being her carer is unaffected (!)
I couldn't help but wonder if this woman knew she was telling the world (via national radio) about all her little moonlighting schemes?

There was also talk about how Donald Trump has again shown his unsuitability for high office. Having got the hump that Twitter have labelled one of his outbursts as being of dubious veracity he is threatening to make social media beholden to the same rules as newspapers. He is suggesting that their content must be fact-checked or they will be liable for any inaccuracies or outright lies.
However it was pointed out (with several examples) that if this is actually brought into law then his Twitter account has fallen at the first hurdle.

As I drove to Tunbridge Wells I again drove past the little independent petrol station. Again I felt a pang of guilt that I don't support them. But again I'm not going to support them when I can get petrol fourteen pence a litre cheaper elsewhere.
I got to work. I did my bit. There was cake. Happy days.

I took a little detour on the way home. This morning at tea break I saw a new geocache had gone live. As I left work seven hours later there was still no find logged on it. I set off hoping for a First to Find and I arrived at the point where my sat-nav said I should be at exactly the same time as a mother and daughter. When they realised what I was doing they became quite chatty. The daughter told me that her older sister had hidden the geocache as a Guide activity…
I tried to be encouraging but…
The thing hadn’t so much been hidden as drop-kicked in the general direction of a hedge. And rather than using a half-way decent cache container, the hider had used the sort of thing you’d expect to find filled with sweet-and-sour sauce at a Chinese take-away. None of which is the fault of the hider… Again a Guide leader has seen there is a geocaching badge and has thought they’d have a go with absolutely no knowledge or experience of the hobby. All their caches will be up for archiving by Christmas… Such a shame…

And in closing today the local goat sanctuary is in financial difficulties. You can help them by clicking here. 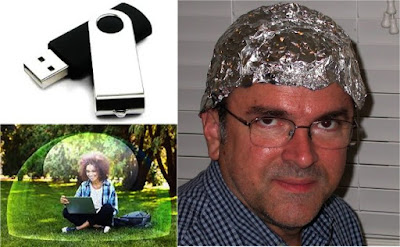 I slept for a good eight hours last night – not surprising really. Night shifts do that to most people. I scoffed a bowl of granola whilst watching an episode of “Schitts Creek” then sparked up the internet.
A row was kicking off on the work-related Facebook page. The Prime Minister is blaming NHS laboratories for delays in testing for corona virus. His criticism is unfounded, the NHS laboratories are providing results within hours. But historically the medical laboratory has always been someone to blame. Consider a visit the GP for example. They will take a blood sample and tell you to come back for the result in a month. The result will be available the next day but they say to come back in a month because they don’t have any earlier appointments. But the implication is clearly made that the delay is because of the laboratory. The Prime Minister is doing the same over corona virus testing…
As Oliver Hardy one remarked “twas ever thus”.
I checked my emails. The Bricklink site (it’s a Lego thing) I found for those last two base plates had sent me their invoice. LinkedIn had suggested that I chum up with someone with whom I had absolutely nothing at all in common.
I quickly Munzee-ed from the sofa (capturing a leprechaun and a banshee as one does) then got myself ready for work.

As we did our bit at work we had a chuckle. Someone somewhere is taking advantage of the gullible. There is a growing concern (amongst those who don't actually know anything about it) about how dangerous 5G technology is (even though it isn't). Some chap has been selling anti-5G devices which will protect you from their supposedly insidious emissions. An electronics engineer took one of these things apart and found that it is no more than a five-quid USB memory stick with a blue sticker on it.
Mind you all the time people are paying over three hundred quid for rubbish, other people are going to sell them rubbish (for over three hundred quid). If any of my loyal readers would like to get themselves s a 5GBioShield I can supply them at a bargain mates-rates price of only two hundred and fifty quid – and I’ll throw in a free tin-foil helmet too.

I got home and found "er indoors TM" bathing Treacle and Pogo who had both stomped in stagnant mud on their walk, and we then joined in the weekly geo-Zoom meeting in which I could hardly hear a word that was said.
I wonder what’s for dinner…

Posted by Manky Badger at 7:36 pm No comments: