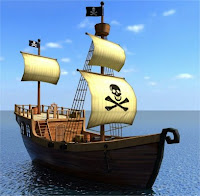 I slept well until "er indoors TM" started fighting with the puppy in the small hours.

Over brekkie I watched this week’s episode of “Dark Matter”. I quite like the show; if only I could remember the plot’s twists and turns.
As I was up early I thought about putting on more telly but decided against it. Instead I started into social media. Last night I put on the first episode of the re-booted “Crystal Maze”. I loved the show when it first came out starring Richard O’Brien. For me it got better with Ed Tudor-Pole. I liked last year’s charity edition with Stephen Merchant. But last night’s episode…
Oh dear.
I’m afraid the new presenter has no screen presence for me. Richard Ayoade failed to take command of the show, and he was completely overshadowed by one of the contestants (Louie Spence) who upstaged him at every turn. I could have put up with Richard Ayoade’s dismal performance, but it was Louie Spence’s over-the-top camp act that made me turn off half way through.
It would seem that despite the rave reviews of the TV critics, the people on my Facebook list didn’t think highly of the show either.

I set off to work; as I drove the pundits in the radio were interviewing some rather disgruntled fishermen from Aberdeen. They’d all voted in favour of Brexit so’s that the foreign fishermen would no longer have access to what they saw as their fishing grounds. They did so with heavy hearts as they could see all sorts of advantages to remaining in the EU, but for them exclusive fishing rights was a deal-breaker.
The pundits then wheeled on some foreign fishermen who were adamant that they were going to carry on fishing in Aberdeen’s waters anyway. As they said, who is going to stop them?
They then cut back to the Aberdeen fishermen who were asking what was the point of going through with Brexit if they weren’t going to get what had been promised.
A very good question; yet more people having been misled.

I got to work, did my bit, and came home through the rain. We had planned on a little geo-walk this afternoon but the weather was against it. After the walk was a geo-meet in a non-dog-friendly pub and sitting outside with the dogs whilst everyone sheltered indoors wasn’t a good idea. So we took the dogs round the park (in the drizzle) to tire them.

Once home we settled the dogs, and drove through black skies to the meet (pausing only briefly for a Wherigo on the way).
The weather was odd; black skies and rain in Maidstone and Ashford; dry at Paddock Wood. But it was as well we’d not walked with the dogs and gone straight to the pub; they stopped serving food in the pub garden at 5pm. We met up with all sorts of friends in the pub, and then had a rather good dinner with Karl and Tracey and Wayne and Lynne. Sitting at table 73, no one else could remember the Sandwich Quiz.
I slept all the way home…